Who is going to Ashghabat, or the Year of children's crafts 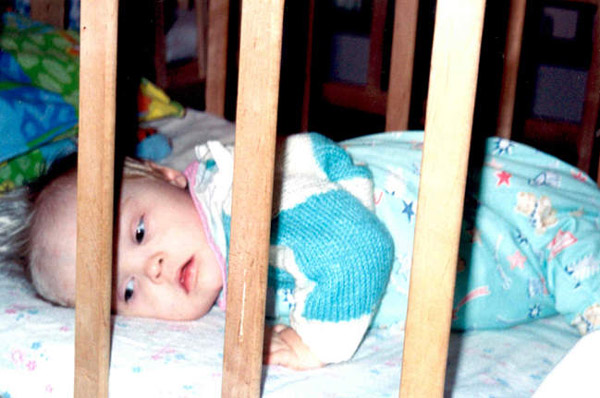 There was something odd about the all-Ukrainian conference on children's rights protection under chairmanship of the President of Ukraine Victor Yanukovych that took place in Kiev on 4th December. In my opinion, the oddest thing about it was the fact that the President gave out instructions not to the newly-elected government, but to the outgoing one. And I think that many of those who took part in the conference or watched it on television had the strange feeling that it's timing was inappropriate, that the main participants and speakers had more important things to do at the moment.

The President obviously did. He had the summit of the CIS countries' leaders in Turkmenistan scheduled for later, so he was in a hurry, tapped the microphone nervously while trying to call the overly talkative speakers to order, and at the end even asked the children's ombudsman Yuriy Pavlenko who was speaking at the moment if he would go to the summit in Ashghabad instead of him.

The Minister of social policy Sergey Tigipko had more important things to do. He could not attend the conference because of a sudden illness.

The Minister of healthcare Raisa Bogatyrova had more important things to do, however she was obliged by the President to present the report in place of the absent Vice Prime Minister. Introduced as Tigipko's deputy, the woman flinched and, either because of the emotional outburst or for another reason, made a very odd statement that the sick children (children with special needs) have to live in institutions where there are doctors and social workers rather than in families. However Marta Santos Pais, the Special Representative of the UN Secretary-General on Violence against Children, who visited Ukraine in May 2011, claimed that “placing children with special needs in the institutions creates a heavier burden to the country's budget than the financial support of the families where such children live”. She offered to prohibit placing children under the age of three years in the institutions while providing their families with basic social, medical and educational services and supporting them financially, for example, in the form of social payments. And only if the family is not ready to take care of the child placing her\him in a special foster family can be an alternative. The same principle is indicated in the National Strategy for Prevention of Orphancy recently signed by the President of Ukraine. Maybe the Healthcare Minister just didn't know all this? Although Bogatyrova's statement was not the first one among the odd statements of high officials. Lidiya Drozdova, Deputy to the Minister of social policy, surprised the public during the recent international conference “No to orphancy: systematic approach in working with children and families” by saying that children get accustomed to any circumstances very quickly. If there is such confusion in the minds of those forming the state policy on protecting children's rights, what can we say about those who are supposed to deploy it? Therefore, should we really be that surprised to hear the governor of the Kiev region Anatoly Prysyazhnyuk calling family-type children's homes not family forms of education but institutions?

These are my rather mixed impressions from visiting the all-Ukrainian conference on children's rights protection. And what about some actual figures, news, will you ask me? The figures can be found on the official websites. And news? There is none. Except for the fact that the year 2013 was declared by the President the Year of children's crafts. Whatever that means.

This publication related with such categories:
Orphanhood prevention  Adoption orphans from Ukraine  Foster families    Publication from mass-media and TV