The fund-raising campaign is closed Andryusha a rare diagnosis - a primary immunodeficiency, chronic granulomatous disease. But you can save yourself Andryusha parents are fantastically done a lot for this. 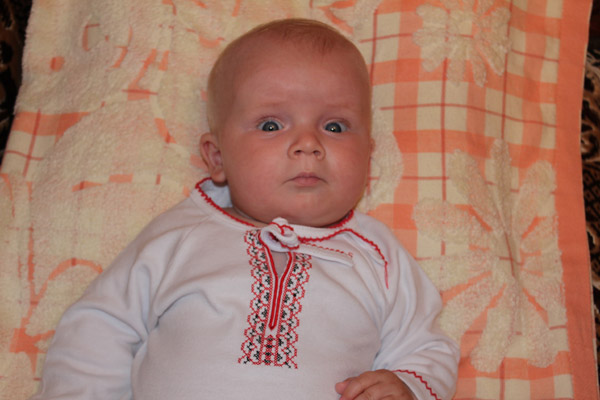 The Reports of the Donations

Andryusha a rare diagnosis - a primary immunodeficiency, chronic granulomatous disease. But you can save yourself Andryusha parents are fantastically done a lot for this.

We are the Yaroslavskiy family – mother Marina, father Mikhail and little son Andrei!

Before Andrei was born we had dreamt about children for a long time, so when the miracle happened and we knew I got pregnant, we were limitlessly happy. All the pregnancy passed well without any signs for concern about. We were looking forward to this special moment… And here came this moment!

On December 12th our Andrei was born, the most loved little son and long-hoped for, our gold sunny!!! Everything was going on well, so we were discharged from the maternity hospital at the third day from the birth. We enjoyed a home-life for 28 days.

Then we came to the hospital. Andrei became anxious, his head covered with ulcers and we were admitted to town hospital # 1 at once. Analyses were bad – increased erythrocyte sedimentation rate 50, when the norm is 10 and leukocytes – 16 thousands. At the third day Andrei was x-rayed and diagnosed with pneumonia. He had been taking antibiotics for three days, but it didn’t help.

On January 30rd we were removed to the Zaporizhzhia Children’s Hospital. In a couple of days I was told my child was healthy, his x-ray was good so they started to search for something else, because the blood analyses were the same. In two weeks our attending doctor informed us that they didn’t notice the spot at Andrei’s lunges because of technical reasons and send us to make a tomography which showed a tumor. On February 19th we removed to the surgical department for getting ready for operation. Under general anesthesia Andrei was made a bronchoscopy, taken a brain puncture and made a computer tomogram. 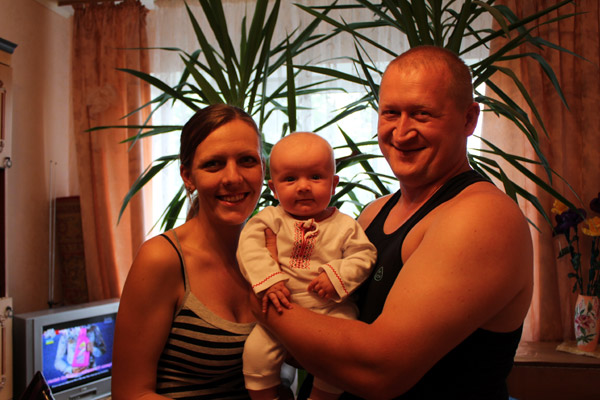 On February 26th Andrei was operated for removing the lower lung lobe (as it turned out later we didn’t need to do this). Andrei was well done, during the first 24 hours he started breathing on his own and we moved to the general ward. My little son wants TO LIVE.

For 4 days we had been done nothing, they simply didn’t know what to do. We caught a coli bacillus and went home. In a week we came for the medical examination again, analyses became worse, we caught a flu and had a spot at the x-ray again. We were decided to be sent to Kyiv, where were horribly diagnosed… The only way to the normal healthy life is bone marrow transplantation. The earlier is the better! Such children don’t live long without taking antibiotics all the time. Andrei has a weak immune system; he can’t deal with surrounding bacteria. He’s not allowed to play in the sandbox or going to the seaside or being around people. Even the air is dangerous for him. He was diagnosed to have a fungus in his lungs. Healthy people like we breathe this fungus which is very dangerous for him because of lack of immunity! Danger is at every turn. 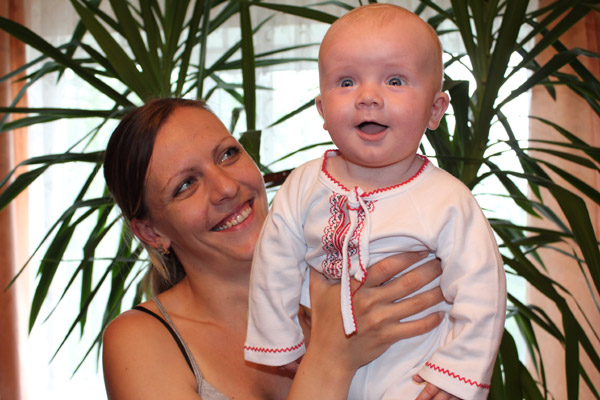 The family lives in a town of Zaporizhzhia.