The World Health Organization (WHO) has said that the situation in Ukraine's medical sector is critical, the WHO press service has reported. 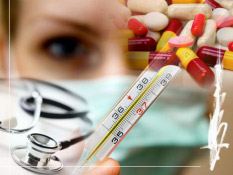 KYIV, December 11 /Ukrinform/. The World Health Organization (WHO) has said that the situation in Ukraine's medical sector is critical, the WHO press service has reported.

"No child has been vaccinated in the areas affected by conflict since September 2014, sending polio vaccine coverage down to less than 30-40%... In 60 villages located in between the front lines, there are no medical personnel left... It is thought that in Luhansk city there are only 30% of the medical personnel left to care for the sick. In Donetsk region there are 10-15% fewer medical personnel of the 85,000 that were based there before the crisis, straining health services needed for a substantial population," the report says.

WHO Representative for Ukraine Dorit Nitzan said that universal health care existed only on paper.

"People have to pay for a large portion of health services, procure their own medicines and there are no set prices for these essentials," she said.

WHO also reported that mobile emergency primary health care units would operate in Ukraine to prevent the spread of the crisis. They will cover areas where internally displaced persons are living.

"The units will provide medicines and supplies such as disinfectant, bandages and thermometers from WHO, the United Nations Children's Fund (UNICEF) and United Nations Population Fund (UNFPA) health kits. They will link patients with primary health care, hospitals and laboratories. Follow-up is done on a weekly basis. WHO is also linking up with the World Food Program (WFP) to ensure that food is provided to groups such as internally displaced persons in rural areas. Meanwhile, urban areas are served by Emergency Primary Health Care Posts which provide health care directly to homes of returnees and the non-mobile, poor population," the report says.