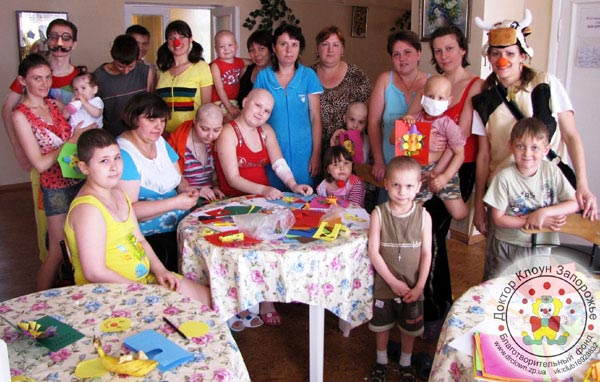 Latest news and articles about the Fund activities

Address and telephone number of the Fund organizers, staff and volunteers of the Charitable Fund

Organizers, staff and volunteers of the Charitable Fund

Goals of the Fund

Main projects realized by the Fund

Organizers, staff and volunteers of the Charitable Fund

Stethoscopes are not in use any more, instead, doctors in amusing outfits are using a huge smile on a stick called “laughter meter”, a “disease vacuum cleaner” that sucks away all the illnesses and a huge thermometer which measures the level of “laughtercytes” in children. This team consists of only five members but they are the ambulance for the children who are extremely sad in hospitals. 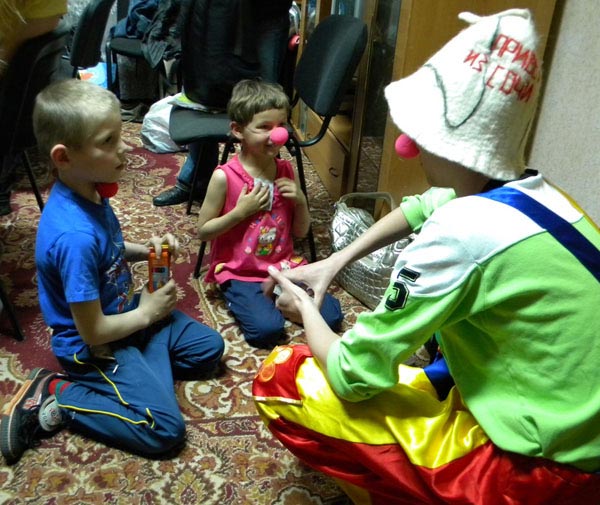 The Charitable Fund was founded in May last year. Since then, the team managed to visit all the departments of the Zaporozhye Regional Children’s Hospital with their performances, they also visited some orphanages of the region, as well as the geriatric hospital. 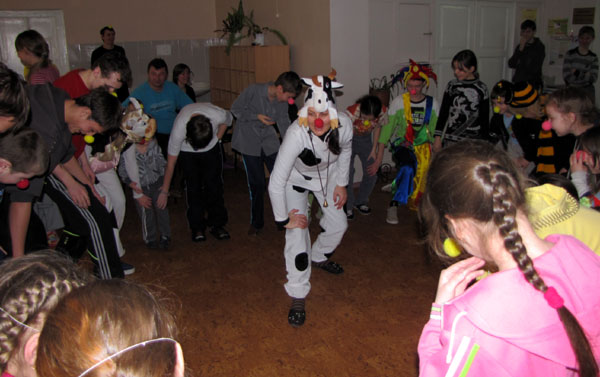 The members of the team are volunteers with experience of work with children. Their program includes cheerful interactive skits, humorous medical procedures (like measuring the level of “laughtercytes” in blood), tricks, contests with prizes and workshops.

It is difficult to understand at first sight that you are looking at the magician. The founder of The “Doctor Clown” movement in our city, Ilya Popov is a serious young man, a former economical cybernetics student. Before he met the volunteers from the Western Ukraine he had never worked with children. In May this year he has officially registered the group of “fun” doctors as a public Charitable Fund.

“At first I did not participate in performances, leaving it to the girls who have been working with kids for a long time, while I took care of organizational issues”, remembers my new acquaintance, “But soon I decided to try myself in the role of a clown as well. I got an old outfit and a wig, and my new life began with that”.

The goals of the Fund

The main goal of the clowns in scrubs is to make the routine hospital days of the children of Zaporozhye more positive, give them hope of a soon recovery with the aid of laughter therapy.

There is even science that studies and proves the positive influence of laughter on the body – geotology. According to doctors and psychologists, if a person laughs a lot, s/he can strengthen the immune system and get rid of stress and also relief pain.

So-called “clown doctors” were first mentioned in the United States. In American hospitals there are two main active models of treating sick children – clown doctors that work in pairs and therapeutic clowns that work individually with involving family members into the entertainment process. For example, the clown guests can give a prescription for smiles or conduct a fake nose transplant surgery.

In Zaporozhye the idea to brighten up childrens' staying in hospitals was borrowed from Lvov (the city in the west of Ukraine) where laughter therapy has been in practice for several years already.

Before each performance there is a real actors’ dress up where according to the plot the cheerful volunteers change into the outfits of fairytale characters. Sometimes even the medical interns “get lucky” and have to wear ribbon bows and fake noses. 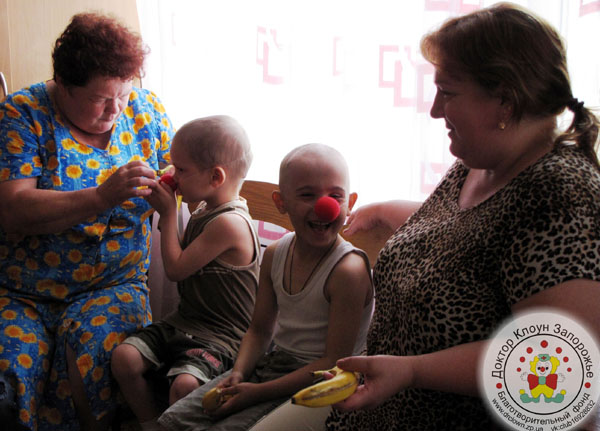 The first projects organized by the “Doctor Clown” Charitable Fund

In order to improve their acting skills, the clown beginners in many instances asked the actors of Zaporozhye to give them workshops, but they never got any response. To be really interesting for kids, they have to improve their skills by themselves. This is how Ilya turned from an economics specialist into a magician – he studied and practiced tricks with ropes and cards. Now kids are all over him.

Another favorite game of the hospital patients is a form of the “Guesstures” game, when one of the participants with the help of gestures shows a word, a name of a book or a cartoon character, and the rest have to guess what or who that is. You will not believe it, but even the patients of the traumatology department manage to participate in this game. And when the team visits children with colored pencils and craft materials hospital wards turn into workshops where miracles are created.

Although the movement is only beginning in Ukraine, its founders do their best to “spread the virus” of kindness throughout the whole country. If one of the volunteers temporarily goes to another city, they try to “infect” people there with this idea too.

“I’m often asked about the motives of devoting all my spare time to the clown activity”, shares with me Ilya, “Well, at first, when I was a child I spent a lot of time in hospitals and know how sad that can be. There is, actually, also a selfish reason: performing in front of children serves as the best anti-depressant. On many occasions I saw how people show up in a bad mood and leave the hospital with different eyes”.

By the way, the team is intending to broaden their audience. They have recently performed in an elderly home.

In order to organize celebrations for children and adults more often, the clown ambulance needs volunteers. If you would like to join, please call: +380664353567, Ilya Popov. You can also join the personal page of the Charitable Fund in vkontakte. 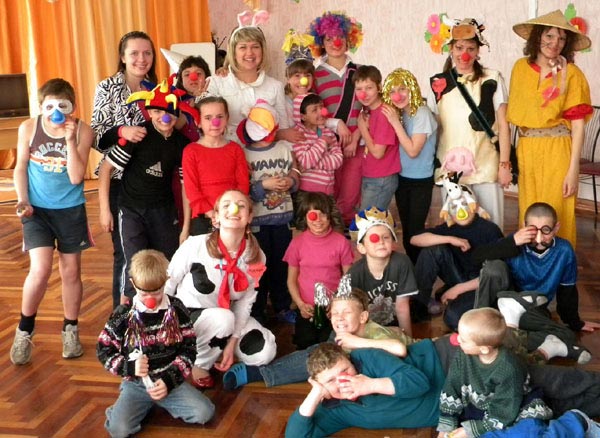 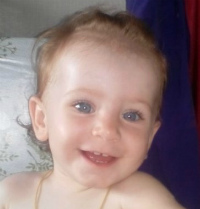 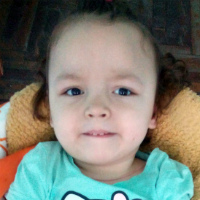 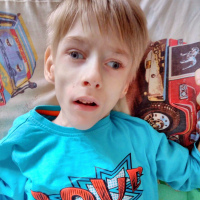 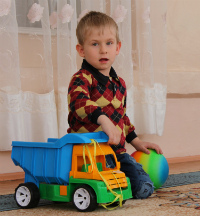 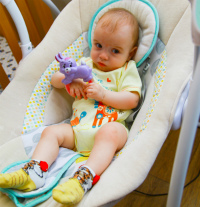 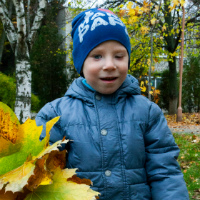