One day in shoes of a volunteer

October 22, 2009, 10:00 2852 Author: Roman Akbash, Zaporozhye information-analytical weekly newspaper "Pravda", translated by Tatiana Bychak www.pravda.in.ua A correspondent of the newspaper "Pravda" decided to change his profession for a single day. He preferred help children to the work of journalist ‚Äì and became a volunteer of the Charitable Fund "Happy Child"

Nowadays a plot with bodies exchange is very popular. The films, where men turn into women, children - in adults and vice versa, gain the immediate popularity. Now imagine that on this side of the screen you are offered the body exchange. Even if it is a one day change. An interesting and at the same time slightly disturbing proposal, isn‚Äôt it? I was also a little nervous when received an invitation to participate in the campaign "One day in the shoes of someone else", organized by the public organization "Ukrprostir" under the auspices of the International Foundation ‚ÄúVidrodzhennya‚Äù. The idea of the event ‚Äì a one day change of work places with a representative of a public organization. With a thought "All the best for children", I made a decision to work in a "Happy Child" foundation.

I think, there is no need to represent the "Happy Child" foundation to the citizens of Zaporozhye. The web site deti.zp.ua, administrated by activists, has long been almost the only hope for children in trouble and their parents. This web resource contains dozens of assistance requests, stories of someone's grief, news of victories over the disease. In a word, the whole gamut of feelings - pain, suffering, compassion, hope, joy ... The only feeling that site visitors cannot experience - is indifference. The activists also lead street campaigns to break the indifference of passersby. You‚Äôve certainly seen city lights and billboards with the website address deti.zp.ua or witnessed carnivals, during which volunteers collected funds for operations of seriously ill children.

An office in a flat

Friday. Early morning. An unusual route ‚Äì I go to the Foundation "Happy Child" instead of heading for the editorial office. However, the biggest surprise was waiting for me on arrival - it turned out that teeming activity for the benefit of Children‚Äôs Foundation is lead directly from a usual two-room apartment on the 5th floor of a usual nine-storey building. "Quite recently we didn‚Äôt even have such office ..." - admitted the President of the Foundation Albert Pavlov. One of the activists shared its empty living area with the "Happy Child". A rhetorical question, but nevertheless: dear officials, aren‚Äôt there more suitable office premises for such enthusiasts as Albert Pavlov and his team of volunteers?

Having crossed the threshold of the office, I‚Äôve got ‚Äúa trial by fire‚Äù on my new post. In very short terms we had to package gifts for children treated in the Zaporozhsky Regional Clinical Children's Hospital. We had only an hour to package 80 gift sets that contained drawing-books, markers, colour felt-tip pens, sweets and toys for youngsters. Nothing could be forgotten and I worked very honestly ‚Äì after all, I would blame myself if one of those charming angels didn‚Äôt find a set of pens or a drawing-book in his package.

Why was everything done in a rush? It turned out, that it was an ordinary hurry for workers of foundation ‚Äì everything was always planned in advance, but because of certain peculiarities of chosen field for charity, often their plans had to be changed. For example, yesterday instead of preparing for the holiday, they spent time with two volunteers from US and Belgian guy Peter. The guests came from abroad to help Kalinovsky orphanage for children with disabilities. I felt ashamed that I had two shelters in half an hour away from my home, but I had never visited any of them.

Will the West help us?

By the way, an event prepared by us, was also initiated by a foreigner. One American guy asked Albert Pavlov to make a "party" for sick children. He sold a dozen of previously used computers to finance this event. In return, he asked only for a photo report from the festival. It‚Äôs not a problem for the activists of "Happy Child" ‚Äì they always report for each coin given to the Foundation. Anyone can make sure of it by visiting the site deti.zp.ua or ... "We are ready to invite any doubter to our fund to participate in all activities personally ", - said Albert Pavlov. Later on, the President of the Foundation has repeatedly noticed that the main difficulty - was to convince people that money are not misappropriated.

A dream of a car

I was personally convinced in this need, after we have loaded all of our gifts in a taxi. The foundation, collecting thousands of dollars for ill children, didn‚Äôt have spare money for a car purchase. All the stuff taken to the hospital - several bulky packages and "a small truck" of diapers for abandoned babies ‚Äì hardly went in a taxi. Albert Pavlov keeps on dreaming about the car for the fund. Indeed, a target help of an art patron could make the dreams come true‚Ä¶ The president of "Happy Child" categorically refuses to buy a four-wheeled assistant at the expense of funds received for operations: "All donations are spent solely on what they were intended"

To forget about injuries

We hardly managed to reach the hospital by 11 o'clock and immediately rushed to the traumatology department. Our audience - children from the whole region - were already waiting for the concert.. Someone with a plastered hand, someone on crutches, someone on a wheelchair‚Ä¶ Needless to describe the sadness in their eyes? Our present task was ‚Äì at least for a while, make these boys and girls forget about their injuries.

To reach our goal, we gained a support of volunteer artists. Our animators dressed up in pirates in a makeshift dressing room. Their cheerful look ignited children's smiles. After pirate jokes, children were delighted with a real Indian dance, listened to a western popular song in the performance of their peer ... and froze while watching the flexibility tricks, demonstrated by a 7-year-old child ...

Albert and I worked as DJs and hardly coped with the laptop, rented from one of our friends. By the way, another dream and goal of the Fund "Happy child" ‚Äì it‚Äôs a computer in every department of children's hospitals. Several computers were already bought by the fund for Zaporozhsky Regional Clinical Children‚Äôs Hospital, but there is still a long haul ahead to the full computerization.

We distributed out gifts among children, didn‚Äôt forget anyone and visited even those who couldn‚Äôt leave the hospital ward.

It seemed that our task was done - many children immediately started to test their markers in albums. After accepting a huge pile of thanks, we hurried to the haematological department. The concert program was the same, but the audience was different. There children had even stronger need in smiles as they were struggling with blood diseases.

Alas, some of them were terminally-ill. But our actors strained every sinew ‚Äì and that day we heard a loud children‚Äôs laughter in haematological department. I must confess that it was an extremely pleasant feeling! Straight after the concert Albert Pavlov and I had a talk with mothers of children - they were already well acquainted with "Happy child", so didn‚Äôt hesitate to share their problems with the president of the foundation. Medicine, money, contacts of specialists and the best clinics ... The fund is always ready to help to the extend possible or prompt an efficient decision based on a rich experience.

The day in the hospital was finished by distribution of diapers among departments. The doctors were already well acquainted with the volunteers of the fund. At least someone in this world keep on taking care of their fosterlings ‚Äì abandoned babies.

I felt tired that evening - the whole day on the move. But that was the case, when my fatigue was pleasant. Apparently, I will visit the Charitable Foundation "Happy child" again. Let‚Äôs go there together! 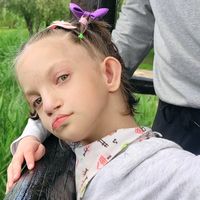 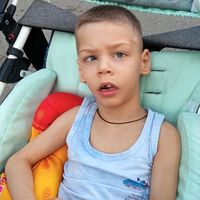 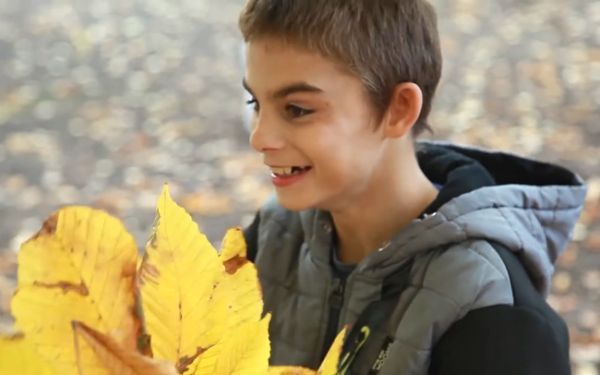 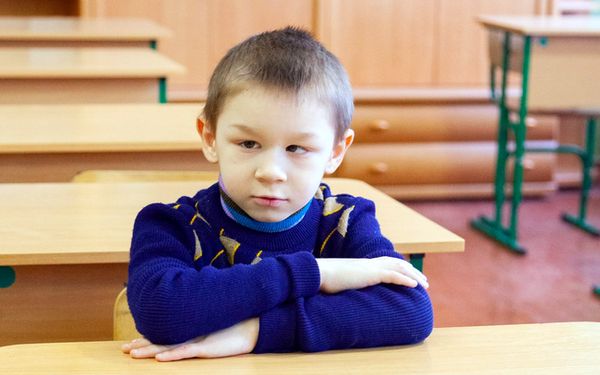 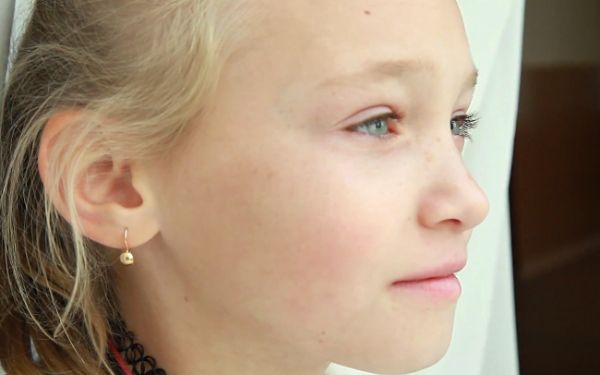