Pardon Not To Execute 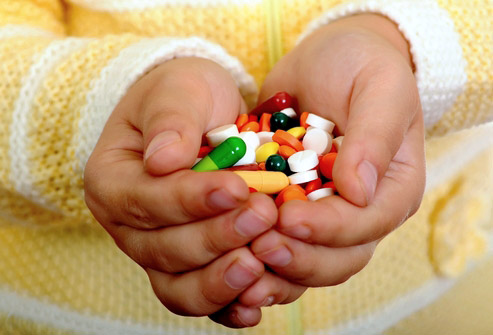 This is a classic grammatical task. Now we set it to the Ministry of Health of Ukraine. What would the Ministry choose ‚Äì to purchase an ineffective medicine for people diagnosed with cystic fibrosis, condemning their families for extra expenses and the patients to death, or to buy a medicine, which is effective but expensive? I‚Äôm writing these lines and I already know the answer. I know, that comma in the sentence is almost put. And it is not in favor of the patients. But I believe that we need to fight in order to change this!

People with cystic fibrosis suffer from weakening functions of the pancreatic gland. Progressively fewer enzymes, necessary for food splitting, are being produced. Progressively fewer nutrients are being assimilated. If nothing is done with this, the patients come up to exhaustion. In the most literal sense of a word. Grown-up guys weight to 40 kg. And during the regular turn of pulmonary infections it becomes critical. And kills. Yes, because of low weight, and so because of safety factor lack, people with cystic fibrosis die.

One can withstand this by eating enzymes after food. The same, that should be produced by the pancreas, but can‚Äôt be. In order to make this enzymes ‚Äúworking‚Äù efficiently, they should have a definite complicated structure (microspheres in the acid-resistant capsule), activating at the required moment in the right place.

So, exactly here the Ministry of Health decided to save money. They decided that there is no need to purchase Creon enzymatic drug, which is being used worldwide for people with cystic fibrosis as the most efficient. The Ministry of Health decided, that Ukrainian ‚Äúanalog‚Äù Creasyme is enough for the patients. Decided, regardless of the fact, that the structure of Creasyme is different from Creon, and so, it would act differently. Decided, regardless of the fact, that patients do not take it, as it is ineffective and has lots of side effects. "Bring us the proof of its harmful effect and then we would think it over ", ‚Äì the Ministry of Health said.

Within 3 weeks I‚Äôve been gathering letters from the patients and their parents from all over Ukraine. Each letter has got its own story...

A grown-up guy, 182 height weighing 52 kg ‚Ä¶ he has to take 550 000 units of the medicine daily. Now it means 14 Creon capsules a day. And if the Ministry of Health approves Creasyme, it would be 27 capsules of the same Creasyme. 27 capsules is not only a direct action, but also side effects, proportional to capsules quantity.

A two-year old baby-girl, who, being on Creazyme, was waking up and crying from stomachache. Now her parents buy Creon by themselves ‚Ä¶ because they don‚Äôt want their child to cry from pain. After hearing that I can give them a small reserve of Creon, her mother said "Are you serious?! But this is a real treasure!!!".

A 10-year old boy, who lost 1,5 kg of weight during the experiments with Creazyme, which he can‚Äôt compensate now. And his mother, sprinkling ashes upon her head "But I did hear, that Creazyme works badly! How could I switch my child to it?!".

28 petitions, 28 stories. The real stories of the real people. Who just want to live. They don‚Äôt want to die from exhaustion just because the Ministry of Health decided to save money. That‚Äôs why a joint appeal to the minister of health Raisa Bogatyreva was signed. A letter with the appeal to purchase medicine, which helps instead of a cheap but ineffective one. The letter was supported by the patients‚Äô "UCAB" organization. Many Internet mass media write about it. The next step depends on the Ministry of Health commission, which should decide what to purchase for these patients. The grammatical task "pardon not to execute"‚Ä¶ Where the commission would put a comma?

This publication related with such categories:
Sick children of Ukraine    Ukraine  Support children diagnosed with cystic fibrosis  Publications made by Happy Child, Ukraine