The world is not without kind people, and neither is our city of Zaporozhzhye. We have a large number not only of various charitable organizations, but volunteers, kind people and real heroes, who are ready to help others at any moment. Today, the entire city learned who they are. Today they heard "thank you" not only from those whom they helped, but from all of us.

Those who organized a new contest "Aleksandrovsky Prize" took it upon themselves to find our local heroes. Aleksandr Boguslaev, a well-known philanthropist in our city, came up with the idea. The community organization "Zaporozhzhye Vector" and "Good Deeds Foundation" hastened to implement his idea. Because charity is alive and well in Zaporozhzhye, we only need to help it grow, to show that our city values its contributors, its heroes - from very young but already brave rescuers, to inspired physicians and large charitable organizations.

The contest took place over the course of three months, during which the participants and main nominees for the prize were selected. Anyone who wanted could apply to participate, after which the council of experts, consisting of the most senior and respected citizens of our city, voted for the winners. As a result, on October 5th, at the celebratory ceremony of awarding the Aleksandrovsky Prize, 9 winners, one in each category, were awarded.

"We are starting a new tradition and we hope this tradition will become an established one," said Aleksandr Boguslaev, who came up with the idea of the contest, in his introductory speech. "We have gathered not under banners of any sort, but came simply because our hearts called us. And the people to whom we are giving this award also do what they do because their hearts call them - they put a part of themselves into making life better for everyone, into making our city better for everyone. And when we all unite, it becomes one huge good deed."

A statue of an eagle, an artifact found in the Vosnesenovsky buried treasure in Zaporozhzhye, a certificate and a monetary prize in the amount of 1,000 hryvnyas (approximately 125 US dollars) was the main prize. As the assistant mayor Yuri Kaptukh noted, this prize had a deeper meaning: 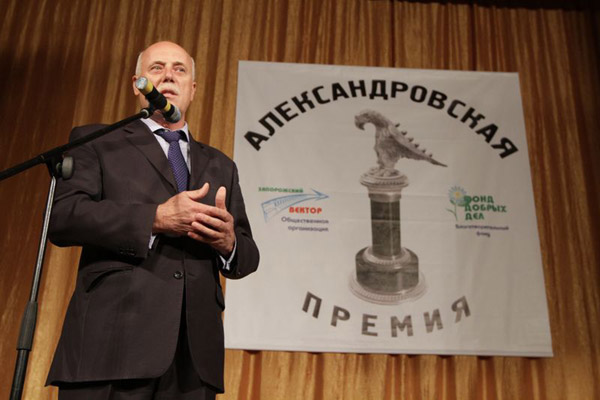 "Voznesenovka is dear to my heart. I was born in this very old Cossack village in the center of the city. They used to have a tradition: if children lost their parents, other families would adopt them and bring them up as their own. There were no orphans. That is why it is very symbolic to have a Voznesensky eagle as the main prize of this contest. We are glad to see that our city is beginning to have a larger number of socially responsible people and charitable events. All that will remain in our memory just like those people who used to live in Aleksandrovsk and used to do everything for the sake of our city."

The award ceremony started with the category "Virtue", which was given to Larry Gilford, an American philanthropist who has been contributing to seven children's group homes in Zaporozhzhye. Since 2003, he has contributed more than 2,5 million hryvnyas (312,000 US dollars)!

For the category "Second Mother", the organizers were looking for the kindest and most caring staff members of the children's group homes. Because in actuality, these staff members work as mothers for children who are not their own, and, frequently, these are disabled children, who need far more attention and care. It was difficult to choose among many candidates, but our final winner was Tatiana Loburetz, a teacher in the Kirovsky Home for the Disabled Children (Orekhovsky district). She has been working with children who have some learning difficulties for the last 38 years, teaching them to read, write, count, and take care of themselves. 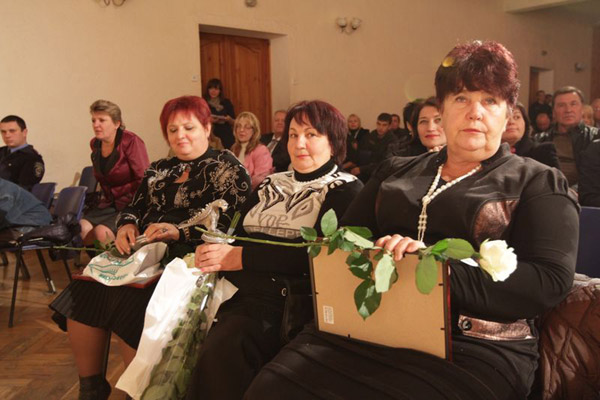 In the "Goodwill Ambassador" category, the winner was Anton Bondarenko, a volunteer of the "Happy Child" charity foundation, a traveler, a record-holder in the Ukraine Book of Records, who joined the foundation three years ago and has been organizing tourist projects for the children. 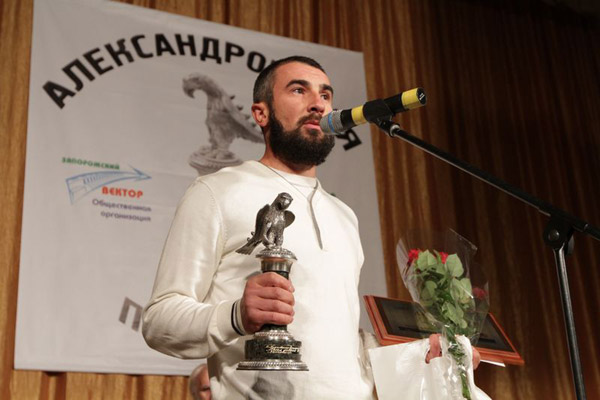 The "Doctor Clown of Zaporozhzhye" charitable foundation also won an award in the "Good Deed" category, for the smiles, happiness, and laughter it brings to children. Their "Art Therapy in Children's Hospitals" project is directed specifically towards alleviating children's stress in the hospitals. And who can cheer up children if not a clown with brightly-colored balloons, soap bubbles, magic tricks and delicious treats?

One of the most famous local charitable foundations - "Happy Child" won a well-deserved award in the category "The Territory of Kindness". The foundation has been helping orphans, hospitals, and families with sick children for many years.

"We work in such a manner that every family knows they can come to us for help, and our aim is also to decrease the number of people who need such help," remarked a representative of the foundation.

Other organizations have also been contributing to the charitable endeavors. In the category "Healthy Help", the All-Ukraine Federation 'Spas' was the winner with their project of promoting Cossack martial arts. This endeavor is not only useful and healthy for its participants, but also spiritual and patriotic. 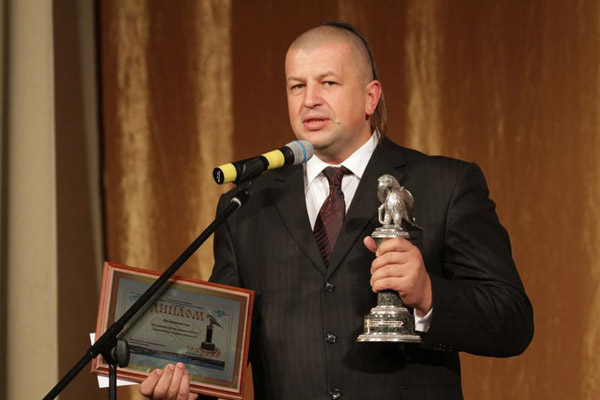 "I urge all of you to be, first of all, healthy in spirit. Helping others is one of the main foundations of spiritual health. Let us all do more good deeds," urged Aleksandr Pritula, the president of the 'Spas' organization.

One can help with deeds, or with words. This second was confirmed with the local mass media. In the "Thank you for your kind word" category, the TV show of the Zaporozhzhye channel was the winner with their project "Believe in Yourself!" . The main idea of the program is to show the strength of spirit of people with special needs, to reveal the secrets of their success, to help disabled individuals to solve everyday problems.

One of the most difficult categories was the "Inspiring Physician" category. It was difficult to choose just one person amongst the people who save lives every day. Nonetheless, the winner was Vyacheslav Osaulenko, a cardiac surgeon, head of the cardiac surgery department of Zaporozhzhye Regional Hospital.

Prize for the "Special Heroic Deed" category went to the 7th grade student of Zaporozhzhye School #39, 12-year-old Nazar Klimenko, who, in August this year, rescued his 62-year-old neighbor, who was drowning in the river. That's the kind of heroes growing up in Zaporozhzhye, and given his current success, we are certain that Nazar will receive other Aleksandrovsky awards in the future.

The contest had been a great success and its organizers are already beginning to look for candidates and heroes for the next one. Aleksandrovsky prize has helped Zaporozhzhye to learn who its benefactors are, and it turned out there are quite a few of them. Next year, we are planning to increase the number of categories, so as to be able to say "thank you" to everyone who truly deserves it. And how often do you say "thank you" to others for their help? And how often do you hear "thank you" in return? 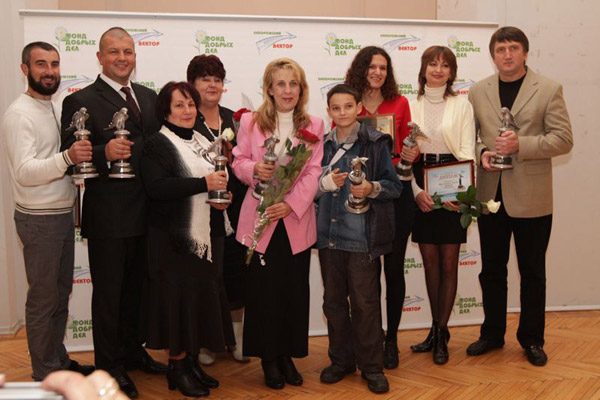 This publication related with such categories:
Publication from mass-media and TV  Newspapers and TV about our project  Publications of HappyChild foundation  Only good news!  Charity