On Thursday, July 30th, on a quite hot summer day a few children and adults under wardship from the Kalinovka orphanage had an outing to the civilization. At this time they went on excursion to the village of Vasilyevka.

According to the plan they were supposed to visit the castle and the zoo, but for the kids to enjoy socializing with the animals fully, the zoo owners asked us to bring them a bit earlier. Although at first one of our children Yura was upset that there were no monkeys in the zoo, later we could hardly pull him off the cages. 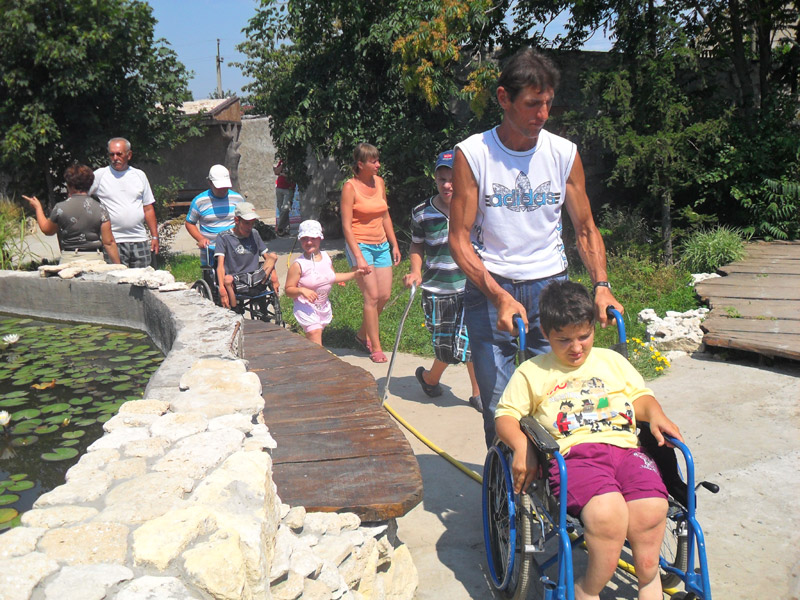 There are lions, tigers, bears, dogs and fish in the Pylyshenko zoo. All these animals consume about 200 kg of meat a day, so if you feel like helping the zoo – you are more than welcome! The children showed little interest in lions and tigers, but, according to the zoo owners, our "small and moving individuals" were very interesting for the animals that came for hunting. 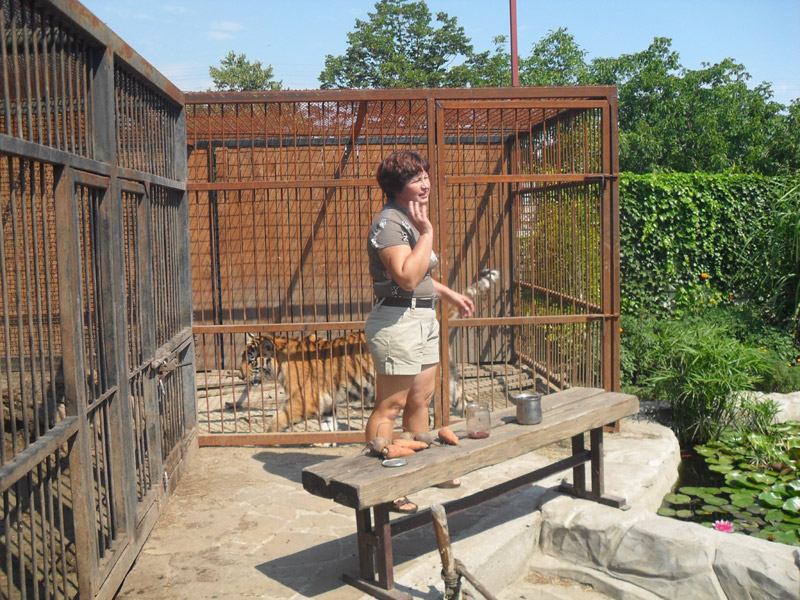 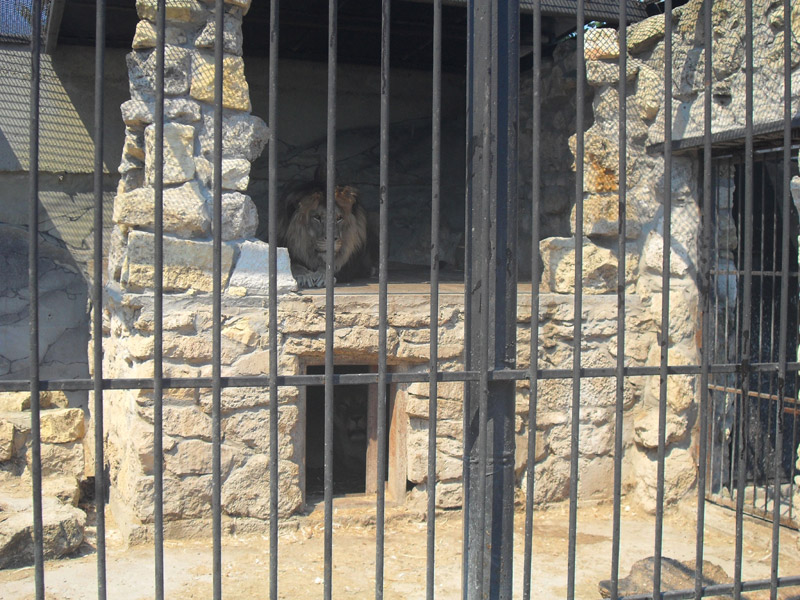 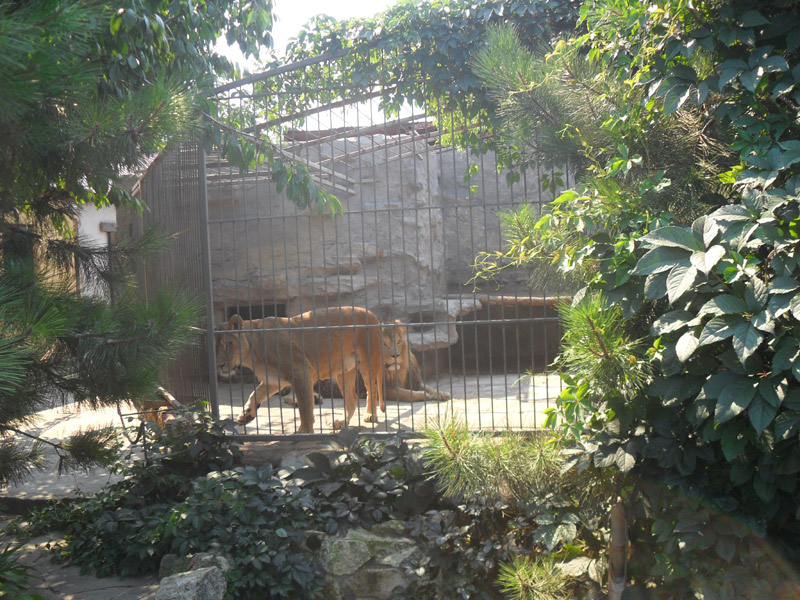 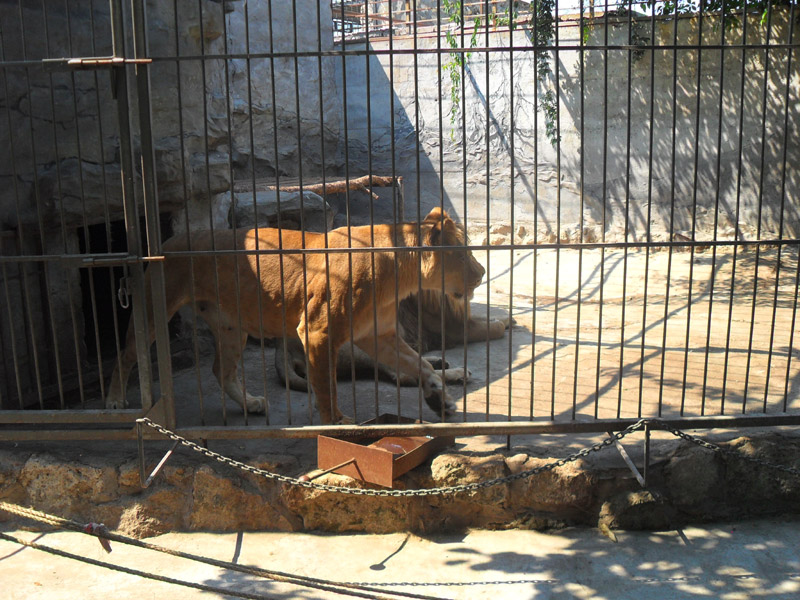 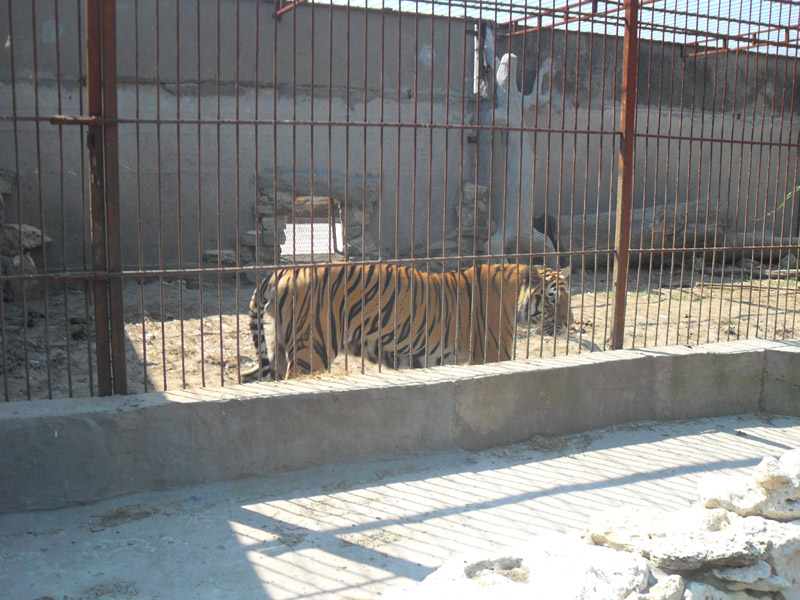 The children showed a much greater interest in bears, as they could feed the animals with carrots, and later with children’s cookies and apples. These guys from Kalinovka were not afraid of staying without dinner; they were excited to have an opportunity to feed such a large and formidable animal. Sasha was extremely surprised seeing bears Masha and Misha bathe. He could not understand how they can swim in a concrete pool. When I compared it to his bathing, Sasha replied that he no longer bathed in the bathtub. After my requests not to use so much water, Sasha apparently thinks that bears should only have a shower! 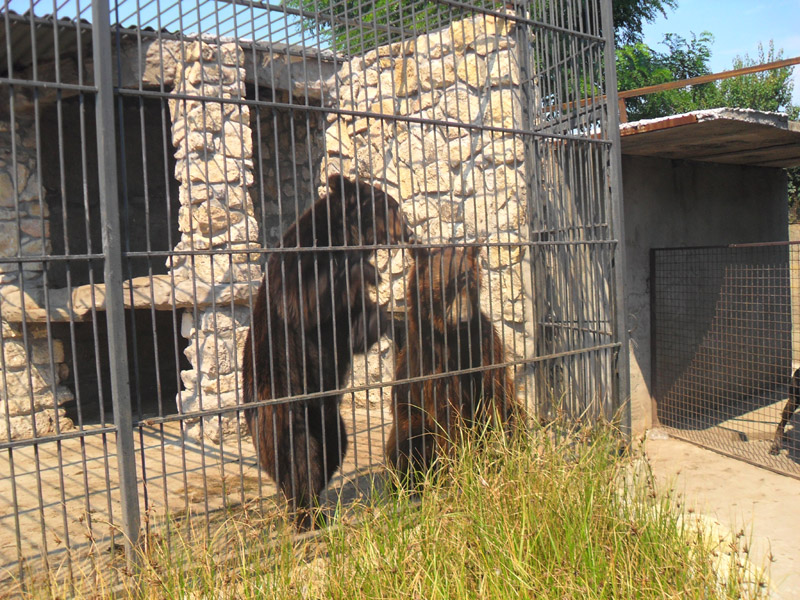 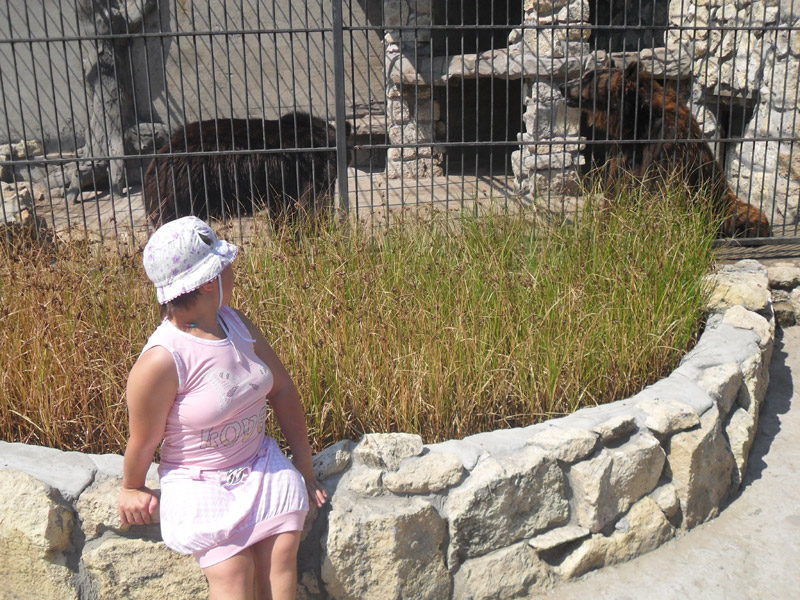 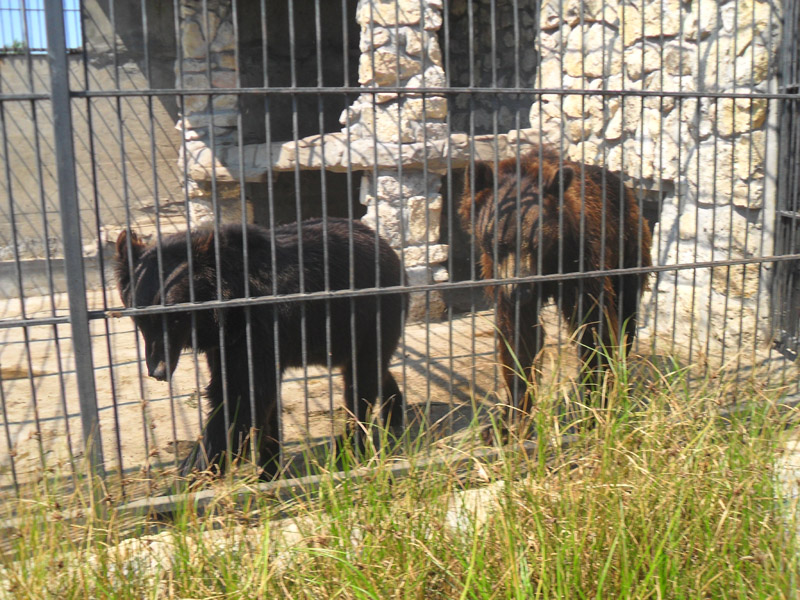 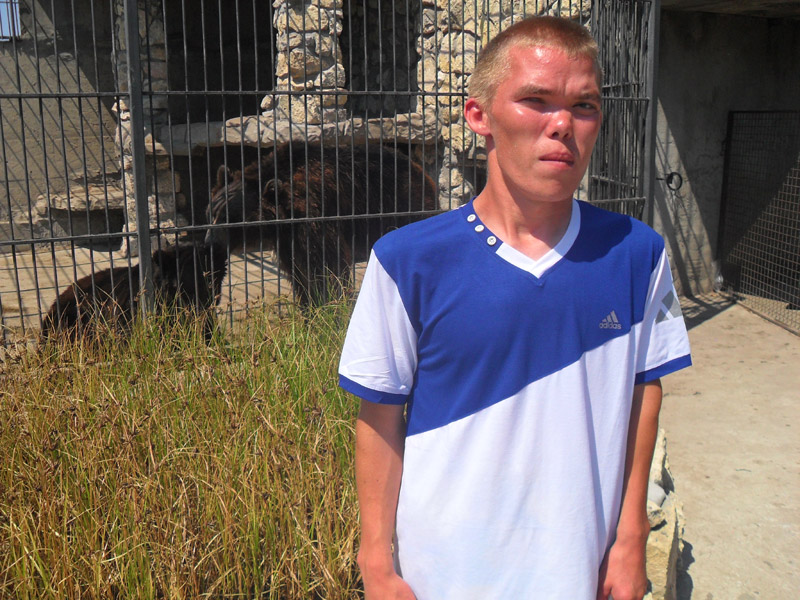 Actually after visiting this zoo, I think not only I, but also half of the children wanted to get a pet bear, though it eats 300 grams of honey a day, so one cannot get without hives.

And, of course, neither I nor my companions would mind having a puppy of a Newfoundland, because these dogs sank deep into children’s souls at the zoo. I did not even notice how Oleg’s hand fearlessly began stroking the huge furry creature. Frankly speaking, I wasn’t sure if the children from Kalinovka could distinguish a dog from a wolf or a bear from a large dog. Yura did not stop patting Newfoundland dogs for fifteen minutes. He kept patting all dogs on the back, eyes and tails promiscuously, and only a little puppy growled stubbornly perhaps indignant that his canine relatives were paying so much attention to other human babies. 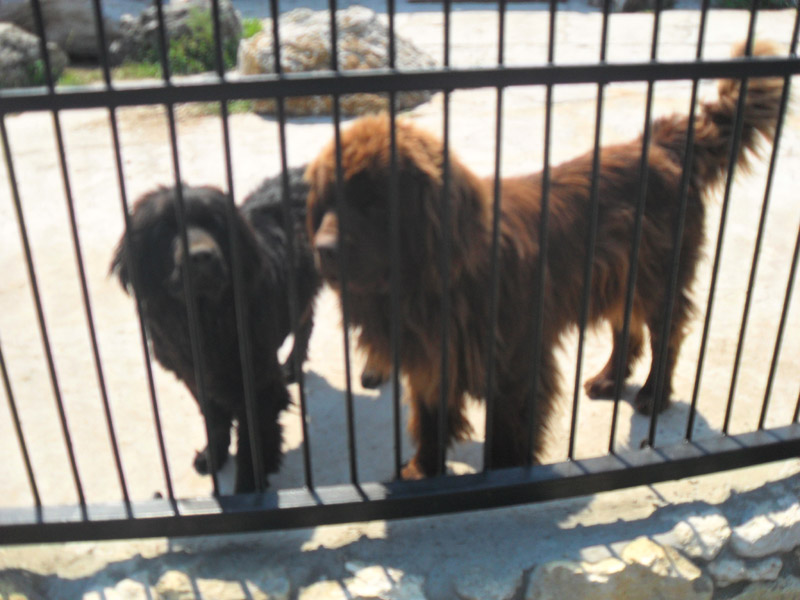 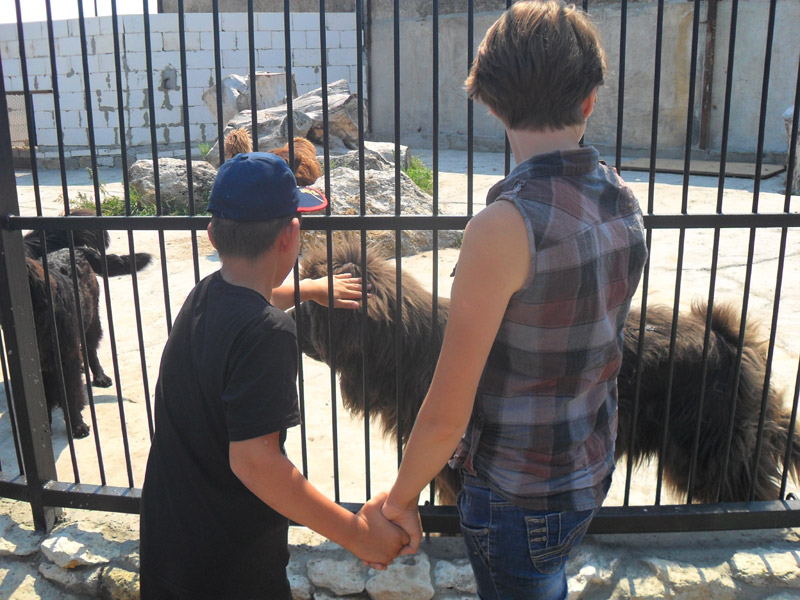 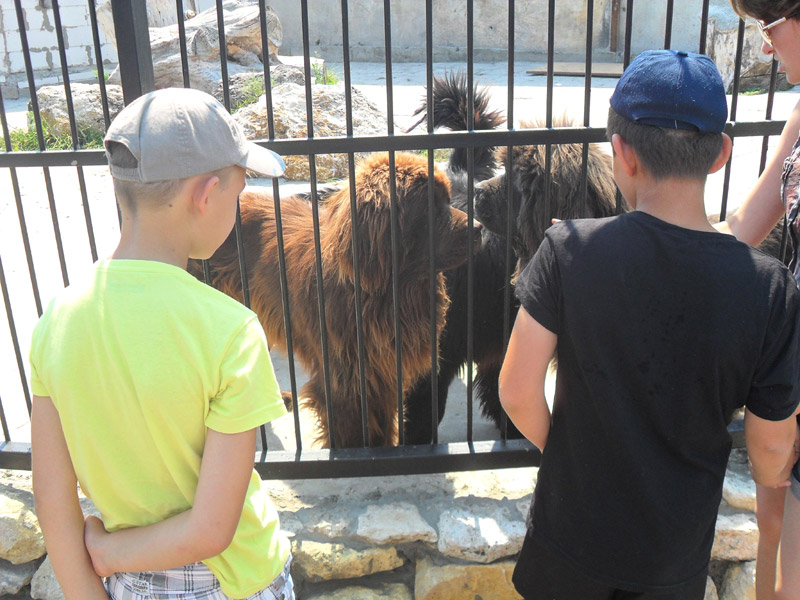 Unfortunately, the staff of the Pylyshenko zoo hasn’t had the courage to do the dog therapy, but we do hope that sooner or later they will as these dogs obviously love children and can take care of them better than any other people. We were told that people, who had bought a puppy in the zoo, called and complained that when they went to the seaside and tried to swim, the dog didn’t let them constantly trying to rescue. It would be great to have such a dog in Kalinovka helping when going to the pond, where even one employee per a child isn't enough.

On behalf of the Foundation and of my adult and little orphans I wish to express my appreciation to each and all who accepted and accompanied us in the zoo absolutely free of charge for the excursion, warm welcome and care of animals and people!

Unfortunately, after communicating with the animal world, children had little patience for studying history. During a tour in the museum and the castle named after Popov, they didn’t so much listen as tried to touch the exhibits and asked a lot of why’s questions. However, I am sincerely grateful to Vladimir, the tour guide, for the excursion and the patience he had, as well as to the museum administration for the opportunity to visit it for free. 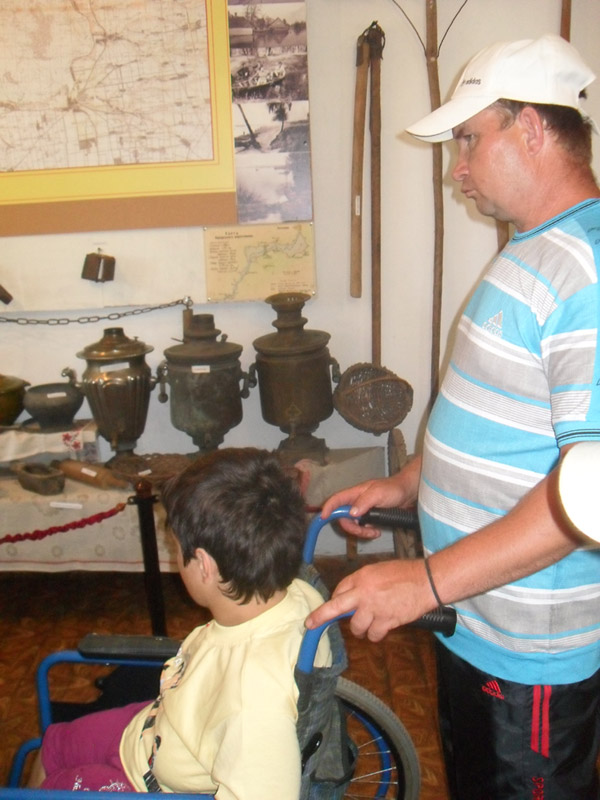 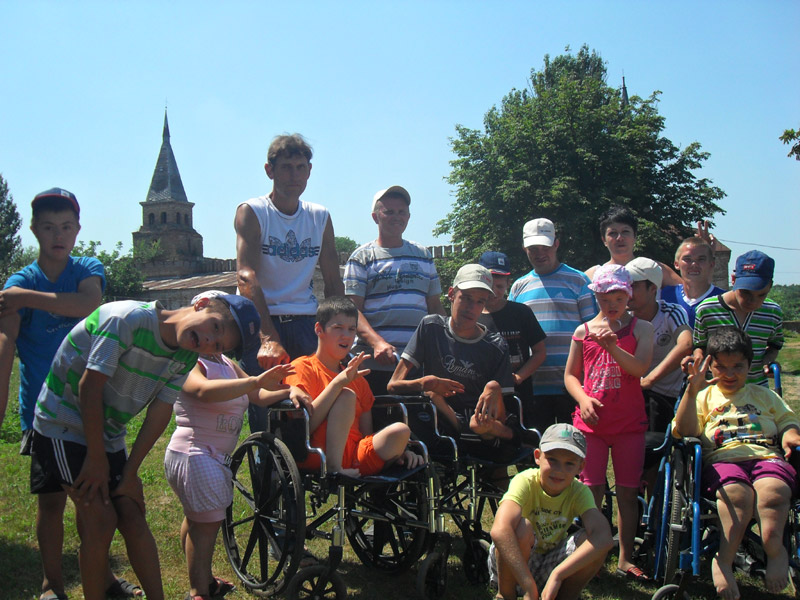 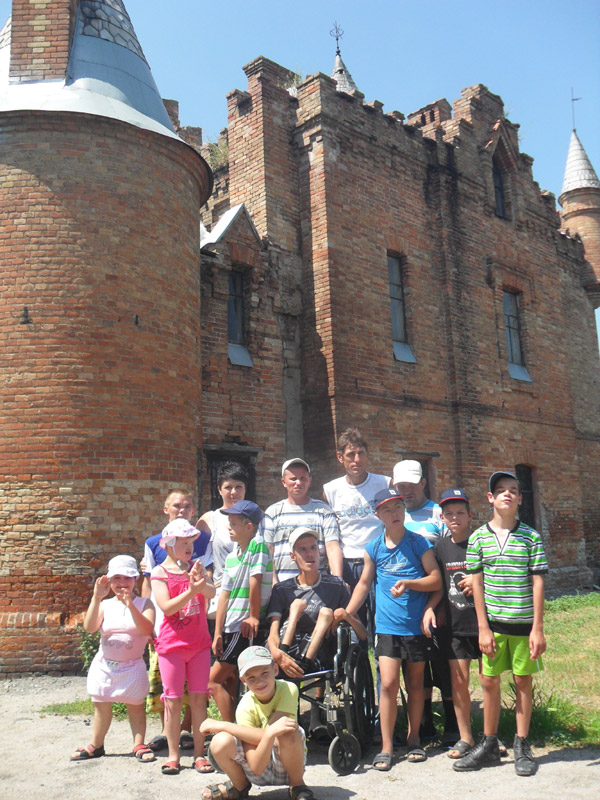 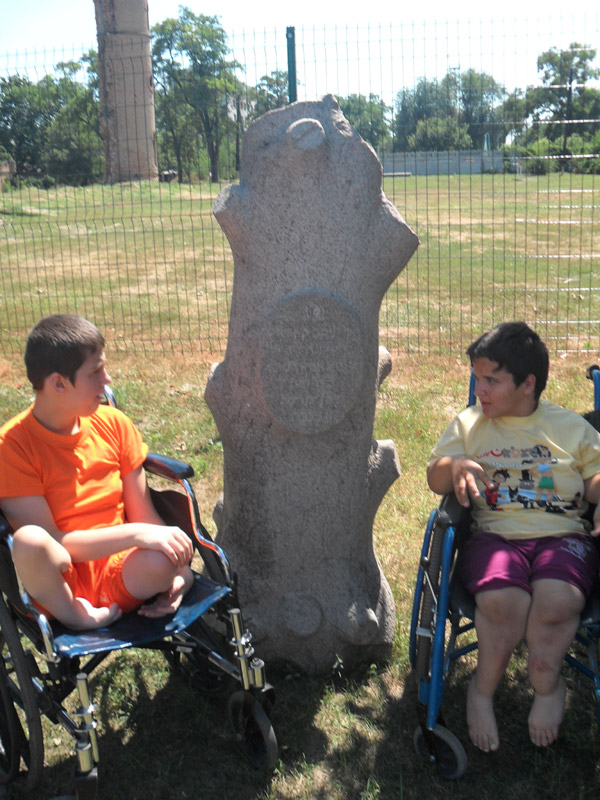 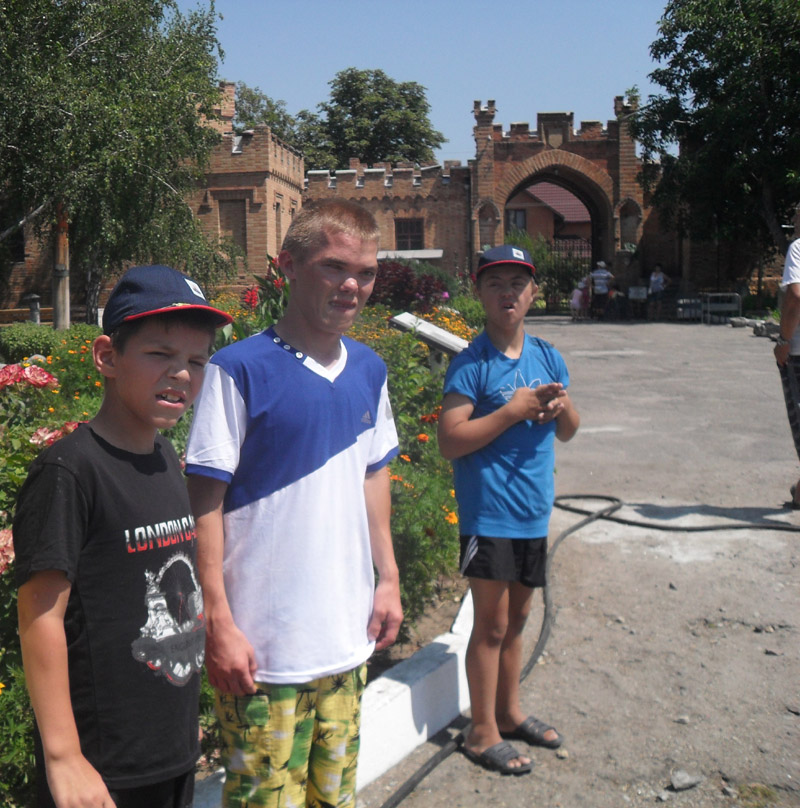 Despite the fact that our travelling expenses are pretty limited, we will be grateful for your advice regarding other places worth visiting by our special children, because in order to learn the world they need it much more than me.

Our special thanks for continued support to the sponsors of the, tutor Natasha and the driver for music, great sense of humor and help during the excursion!