On a rainy day of January 19 Zaporozhye's volunteers visited a children's home "Sun". They gave out presents gathered in the action "Feel you Santa Claus" (many thanks to those who initiated the action and the shops that took part in the action). 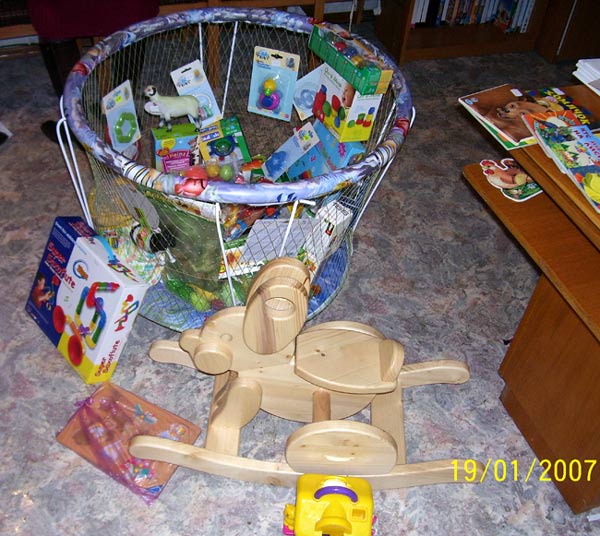 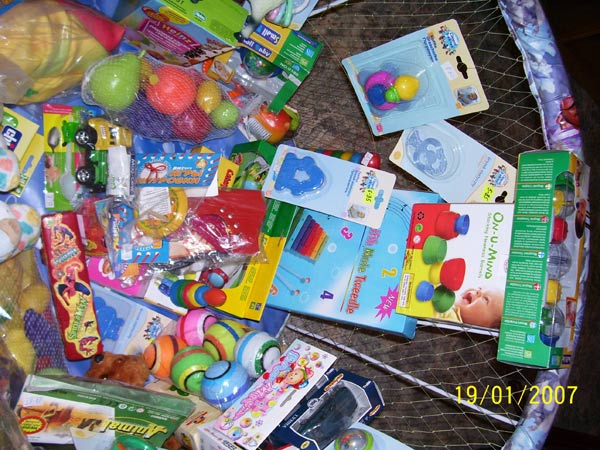 We also visited the shop hat sells development games "Know-nothing" where we bought toys and other things the staff of "Sun" had asked for. The shop "Neznayka", as always, gave us sufficient discount and presented us with a play-pen.

The children were particularly impressed by a wooden "horse" that appeared to be a hare. During our visit a foreign couple communicated with the one of the kids. It does not matter where kids find their loving families, in this country or abroad. We talked to the chief doctor of the children's home Galkina Galina Grigorievna. She introduced to us some paradoxes of Ukrainian judicial system. For example, a kid who started living at the children's house before he was six months old is deposited by the state 8, 500 gryvnias, which is put on his bank account. A child who is six months and, say, five days old is given nothing.Very curious care on behalf of the government. Specialists should have been asked first, those who have first-hand information all over Ukraine in children's houses.Those interested in the problems of children's houses may read extracts from the report of the chief doctor in the chilrdren's house "Sun".Then we talked to the tutors and children from one of the groups (kids aged from 1,5 to 3).

The first impression - "child's" smell in the room. The children were sitting on their pots before their afternoon sleep. Having coped with their task, the kids ran out to the guests. You cannot say they were poorly dressed but still, they did not look those who have a real home.

You can only wonder why such lovely creatures live in a 24-hour kindergarten instead of being with mom and dad. Having satisfied their curiosity about the new toys, the kids were taken to bed. The tutors behaved as real mothers. Only here every year brings about a new mother.

Enjoy yourself looking at the pictures below. They speak more than words. 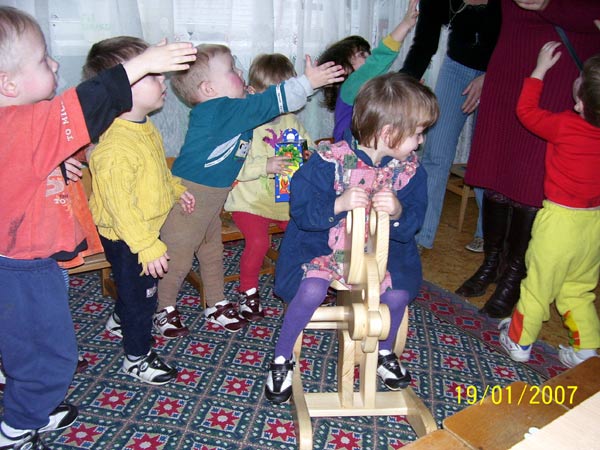 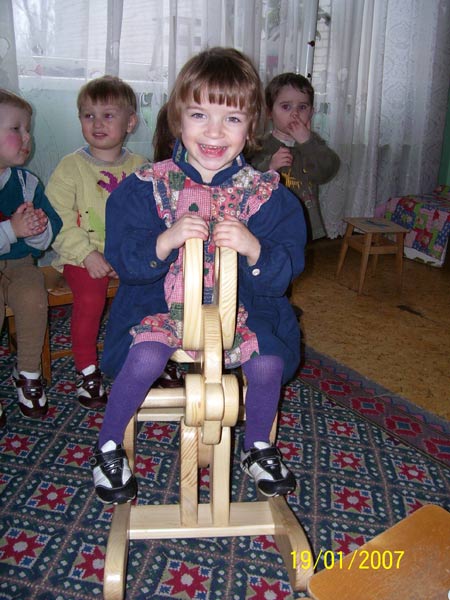 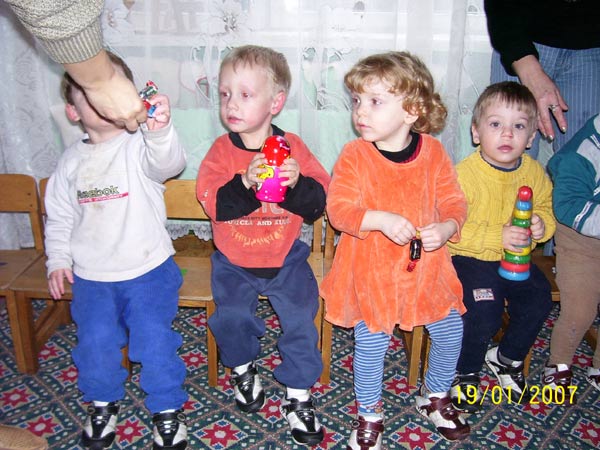 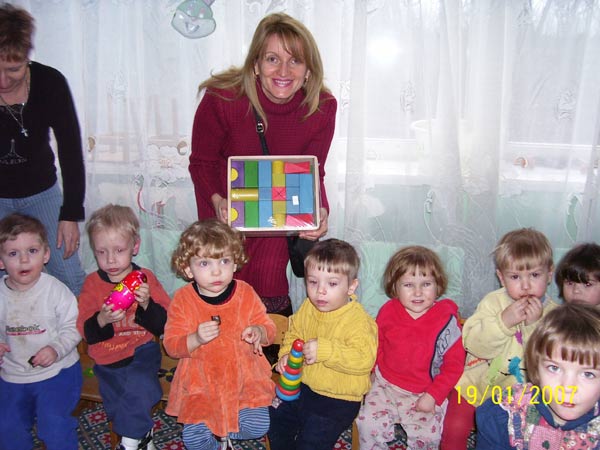 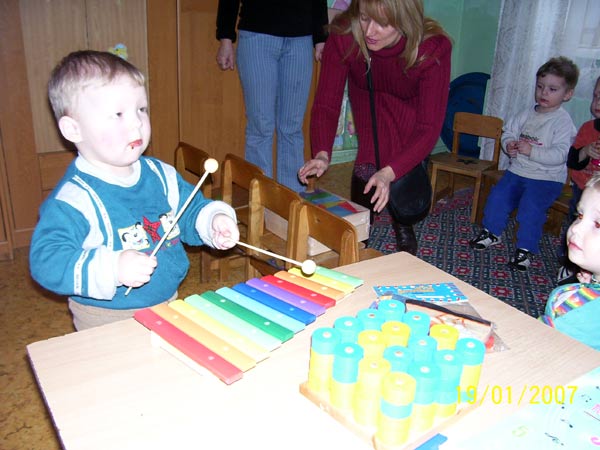 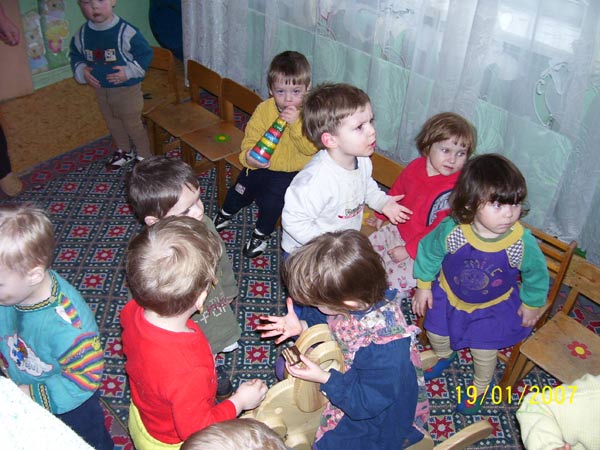 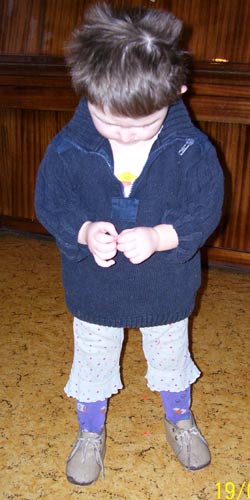 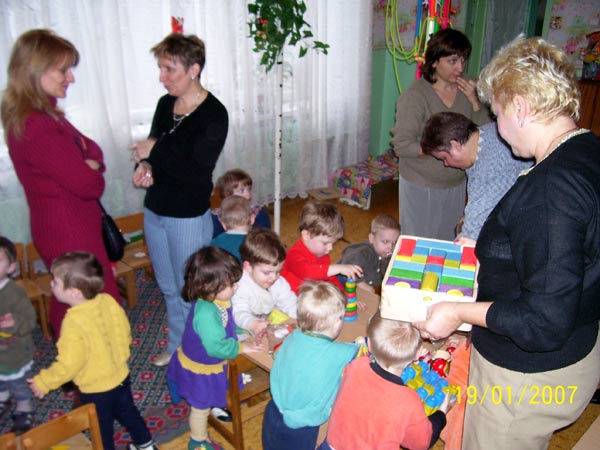 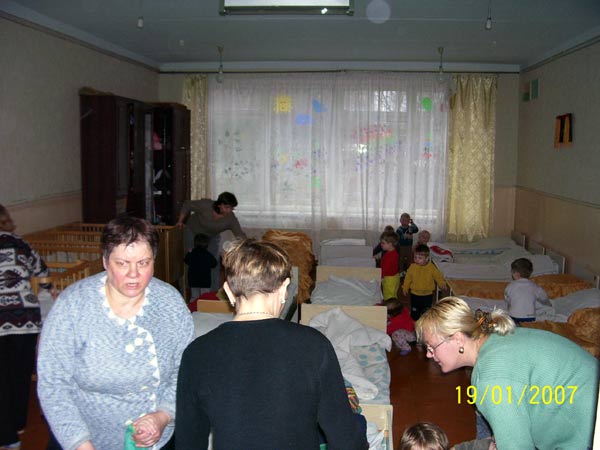