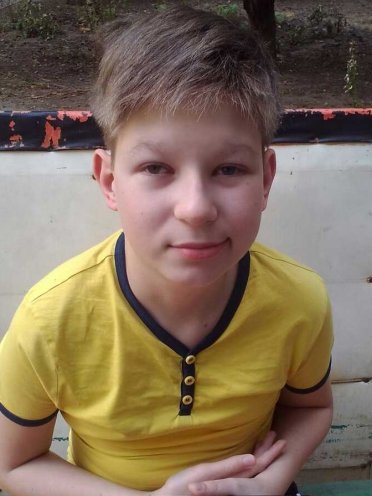 Ever since his birth, Vadik has had to fight for his life. During delivery, his heart stopped and he was rushed to the ER. Doctors didn’t believe that he would make it. Two episodes of clinical death and subsequent pneumonia were followed by 2 weeks being hooked up to artificial breathing machines, another month in the ER and a further month at the hospital’s pathology department. In spite of all these challenges, we never considered giving up the fight. What followed was 6 years of hospitals, treatments, and rehabilitation. Back then we didn’t know what awaited us, what it meant to struggle every day of our lives, we didn’t know whether our child would survive, whether he would be able to overcome his crippling condition. We didn’t know that his somewhat unusual appearance and physical condition would attract attention from passers-by. We had no idea how worried he would be whether he would ever be able to make friends, whether anyone would want to play with him, or whether he would be rejected by his peers. But we knew that we would give everything we had for our baby, and that we would have enough love to overcome all these challenges. Over the years, we have gained immense appreciation for all the support we have received, we’ve learned how to value the little things, how to be happy just because you have a few minutes of free time, and how to dare to dream. 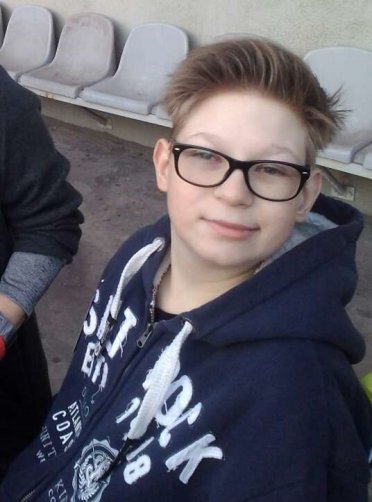 Vadim started walking when he was 2, and he started talking when he was close to 4. We worked very hard with him. Up until then, we never asked anyone for help or anything else, because we knew that he was our responsibility. We did everything we could and more. Unfortunately, Vadim’s father couldn’t cope with the demands and left us when Vadim turned 7. So I had to step up even more. Vadim was going to school, working with speech and physical therapists. When he turned 8, his condition deteriorated. He had trouble walking, went through several surgeries and eventually, in the 6th grade we needed to start home schooling him. He was 13 at the time. Back then I didn’t know the reasons for the deterioration in his condition. He never complained about headaches. And the doctors didn’t pay attention to the frequent nose bleeds. Things got worse after that. Vadim became pale, stopped growing and developing. His vision got much worse and he practically stopped seeing out of one of his eyes because the eye nerves nearly died. This was followed by another diagnosis, hypothyroidism. Vadim started losing coordination and falling frequently, walking became extremely difficult and painful; as a result, he became wheel chair bound.

On September 19, 2016, disaster struck. Vadim started throwing up, he became dizzy and weak. His headaches intensified, he spent the night in a semi-unconscious state. He started having seizures. We took Vadim to the ER at Zaporozhye’s 5th children’s hospital, where he was diagnosed with a brain tumor. The tumor was so large that it had impacted most of the vital parts of the brain and pushed the upper part of the brain out of place (hydrocephalus). Vadim urgently needed a surgery. Next morning doctors at the Romadanov institute looked at our case and agreed to operate. Two days later, Vadim underwent the surgery, during which a large portion of the tumor was removed. Unfortunately, it was impossible to remove the entire tumor because it is located in the vitally important parts of the brain which cannot be disturbed. Therefore, the doctors decided to try to get rid of the remaining tumor with medications (Dostinex). Unfortunately, Vadim’s is in that group of patients (25%) in whose case the medication is not as effective as the doctors hoped, and the tumor is resisting the treatment. The only option is to increase the Dostinex dosage to 6 pills per week. This means that we need to spend 230 USD just for the pills. In addition, we have to spend 80 USD for the control MRI and 50 USD a month for ongoing laboratory exams. I don’t have this money and have already spent all my savings. 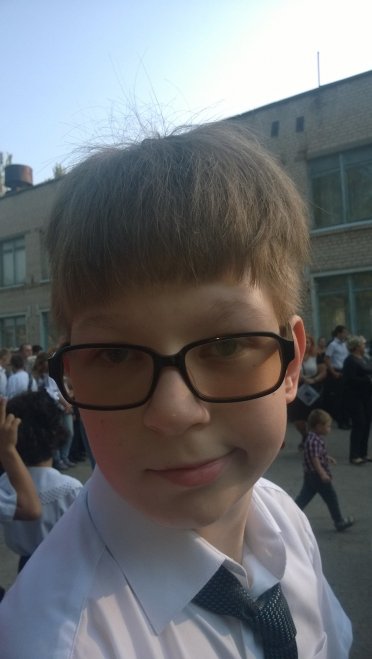 At present, we live on Vadim’s pension, which is 80 USD per month. We don’t have family and Vadim’s father is not providing financial assistance.

I am asking for your help, please help me find the money for my son’s treatment. Please help him defeat the tumor. We really need your assistance and will be immensely grateful for any help you can give!

We need the following:

We have no information about expenses at the moment
This publication related with such categories:
Sick children of Ukraine    Old appeals of sick children, Ukraine  Ukraine  News about Kramarenko Vadim  Publications made by Happy Child, Ukraine