A Person with High Need for Love

An inspiring life story of a former pupil of the psycho-neurological boarding school: reflections, personal experience and conclusions. 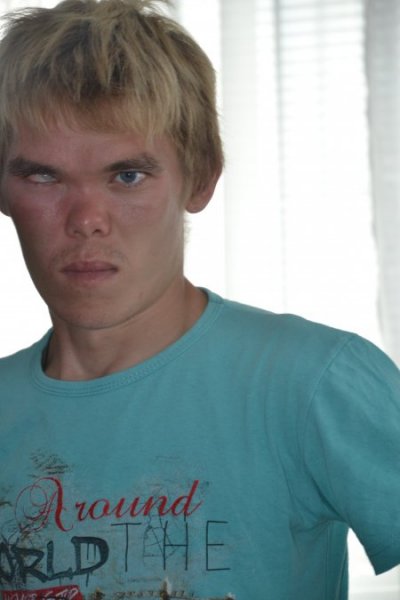 The subject of disabled people is a profound taboo in modern society. Despite the fact that the inclusivity is trying to take its legal place, so-called post-Soviet countries prefer to make "sanctuaries for disabled people", cutting off people with peculiarities from real life.

A few years ago I pretended, as most people do, that disabled people did not exist. Of course, yes, as a reasonable person I realized that they were somewhere, and I even saw them with my own eyes, but I immediately deleted that unpleasant image from my head. After all, I wanted to see only beauty and strive for excellence, and special people spoiled my "perfect" picture of the world. 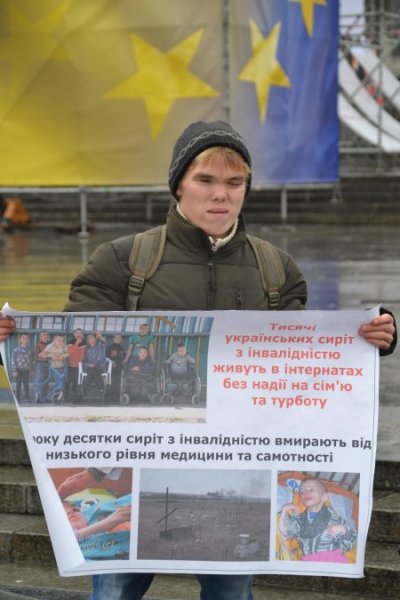 But any "rose-coloured glasses" should be removed, revealing the truth. In my case everything happened softly and without pain. Sasha became an important source of truth for me. For the first time I saw him on the screen of my computer, watching the video about the opening of the Happy Home. The guy’s appearance embarrassed and scared me a little, however, I forgot about him in a short period of time.

A couple of months later I had a chance to get acquainted with Sasha personally. Of course, that time I looked aside shyly and felt kind of awkward. But soon my curiosity prevailed, because we had an opportunity to get to know each other better.

Once I happened to be busy about the house where Sasha used to live. We were cooking dinner together, keeping the house clean and communicating all day long. If I say that I was surprised I’d say nothing. I could see an incredibly diligent and honest 5-year-old boy with great core strength in an unusual body of a 24-year-old man. At that very moment my world slightly but irrevocably changed. 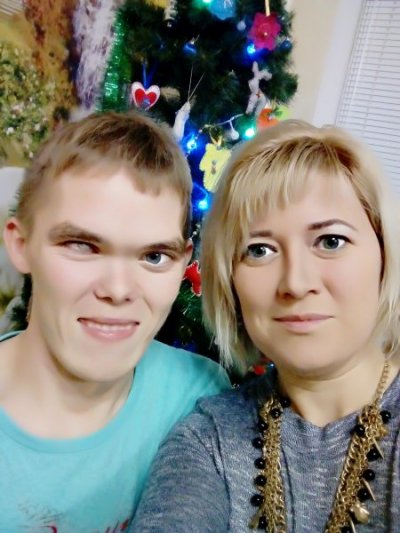 Falstart or "Sasha will live with you"

One day our neighbour stated: "Sasha will live with you, because you’ve got a spare room in your house." And neither Sasha himself, nor his official guardian knew about that. But the idea was launched into space, and the guy's bed moved to my house. At that time, I was absolutely not prepared to have additional people on my territory, a man with a child's consciousness even less so, and the thought of a future joint residence caused a wave of anger and rejection. But, as people say, everything has its time. And as it turned out, it came very soon. 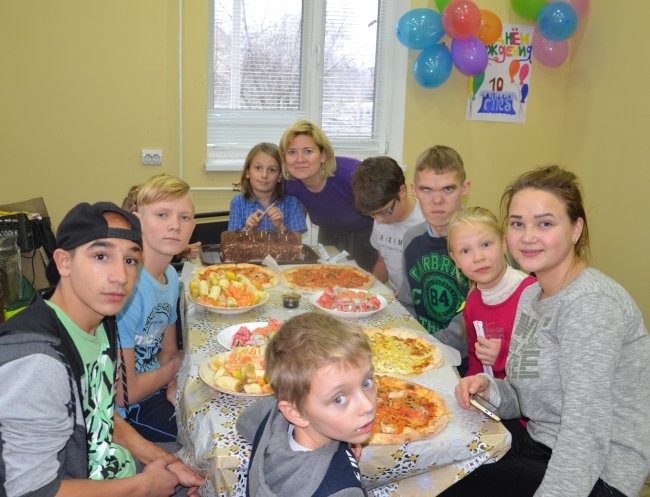 That didn’t take more than half a year that Alexander’s official guardian became my husband, which meant that his child in ward became a full-fledged member of our new family. To my surprise, Sasha easily fitted in with the newly formed social unit and became our eighth child. Of course, magic did not happen, and deep affection still was not going to appear, but our life together did not cause any inconveniences. 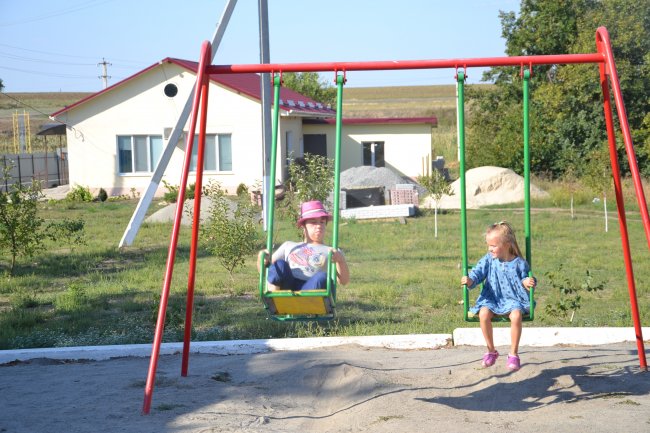 Shock Therapy, or Once upon a time in Kalinovka

A genuine paradigm shift in my mind took place when I, for the first time in my life, visited Chernigov boarding school for disabled children in the village of Kalinovka: exactly there Sasha spent 20 years of his life. After that visit, I could no longer withdraw my eyes seeing disabled people. From that time on, in each of them I saw a person imprisoned in a body that is difficult to control, the brain which, due to various circumstances, cannot work properly, rules this body. But their eyes, smiles, gestures, emotions... They are real, and they make a lot of sense.

I was driving back home lost in silence, tears were welling up into my eyes, and something prevented me from breathing, squeezing my chest. It was the moment when I accepted Sasha, I understood that his place was in the family, and it was good that he was with us. In such a way, a real deep affection started to form. Of course, deep feelings didn’t appear yet, but acceptance and respect came to me, and there appeared a desire to take care of him; as a matter of fact, now Sasha really became a member of the family. 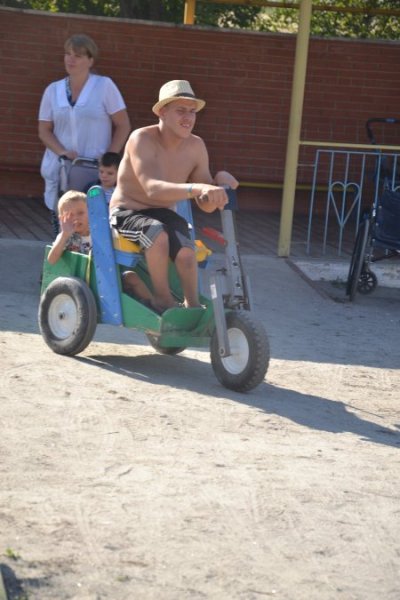 Disabled People through the Eyes of Children

I’m glad and delighted with the purity of young children. In that very Kalinovka there are two "Happy Homes": children with severe disabilities (former inmates of the boarding school) live there with their foster parents or guardians. Our tots like to visit Kalinovka. There they play with local children, understanding the sounds they make; they have fun, swinging together, driving child vehicles, playing catch-up, etc. They can see that the children are unusual, but it doesn’t scare or bother them, and never interferes with their cooperative games. But elder children experience prejudice, fear and rejection. Just like adults, generally.

Hence it appears that if a child communicates with disabled people from early childhood, he / she learns to perceive the individual characteristics of each person without fear, criticism or desire to "bury his head in the sand."

Sasha made friends with three younger children in our family. Together they learn letters assemble words from magnetic letters on the fridge, do sums, draw, paint and play. Sasha likes to sing. He has a good ear for music. His level of intellectual development corresponds to our 5-6-year-old tots. And you know, our eldest child is happy that he has a family, that there are parents and siblings who accept him.

What does this story teach us? Probably, that each person needs home and people who accept him. Surely, life with a person with disabilities requires additional emotional efforts, but there are no horrors, only an unusual appearance, voice and strange logic, and you can live with it. Easy, open-minded communication with special people makes each of us a little kinder.

This publication related with such categories:
Articles about children with special needs  News about creating   News about Happy Home for orphans project  Publications made by Happy Child, Ukraine  Ukrainian graduate orphans  Articles about neuropsychiatric boarding    Only good news!