‚ÄúWe tend to forget that this war is taking place a few hundred kilometers from the Polish border,‚Äù thinks Wojciech Owczarz, the President of the Poland-based Arka Ecological Foundation.

But this is something his Arka Foundation has been trying to change. In February 2019, the organisation started fundraising efforts for bicycles for Ukrainian children who had lost their fathers in the war. And this year, they‚Äôre doing the same again.

Established in 2005, the Arka Foundation, based in the picture-perfect southern Polish town of Bielsko-Biala, aims to support children alongside promoting ecological education. But in 2015, the foundation turned to more active fundraising with their "Bike Helps" campaign that raises funds to provide bicycles to disadvantaged young people. Participants in the campaign enter the distance they have cycled onto a website and app, and when a target number of kilometers is achieved, one bike is given to orphanages and social organisations.

The action, according to Owczarz, has several benefits.

‚ÄúWe are an ecological organization, which connects our actions with social issues,‚Äù he explains. ‚ÄúThat‚Äôs why, with this action, we promote a bike as the most ecological means of transport and also a good way of spending free time.‚Äù 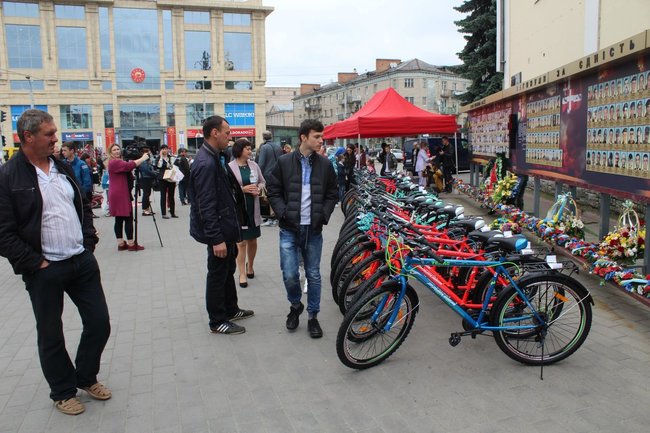 "Bike Helps" fundraising campaign that buys bicycles for Ukrainian children who lost their fathers in the war in the Donbas on Children‚Äôs Day on June 1, 2019 in Lutsk, Ukraine. Photo: Wojciech Owczarz

Over the last five years, 70 million kilometers have been cycled by participants, resulting in 221 bicycles being donated to various charities. Many have been given to orphanages in the local area.

But their 2019 campaign was different. Instead of focusing on local support, fundraising was collected to gift bicycles to Ukrainian children ‚Äì the first time efforts had been directed outside Poland. After joining forces with The Society of Friends of Bielsko-Biala and Podbeskidzie, an organisation which has been supporting Ukrainian families, the foundation was able to reach out to the Ukrainian volunteer project Children of the Heavenly Legion, which has spent the last six years looking after children who have lost their fathers in the war.

The head of the project, Ruslan Telipskyi, thinks the campaign is important to help Ukrainian orphans, and on a wider scale.

‚ÄúTo do good by taking care of orphans whose parents have perished for peace and democracy around the world is to contribute your share to the public good, and stand in solidarity with the fate of these children,‚Äù he explains. 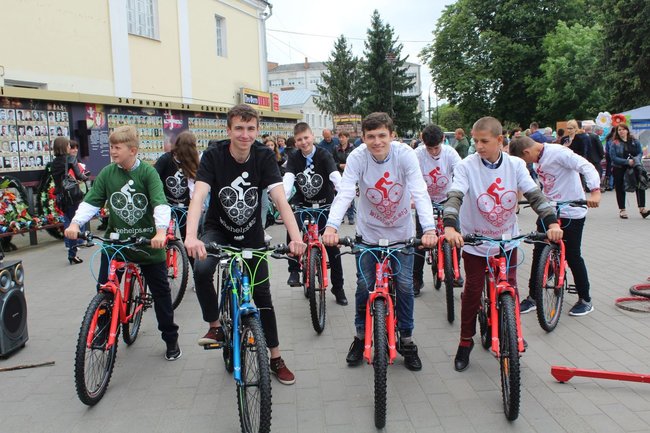 ‚ÄúIt is important to support children who lost their parents forever because of Russian aggression.‚Äù

Though more practical help, like food or clothing, might still be a necessity, the bicycle fundraiser aims to provide a small portion of happiness for children whose lives have been torn apart by war. And there‚Äôs also a more personal backstory which inspired the campaign: Owczarz, who grew up during Communist Poland, remembers receiving a treasured bicycle as a present when he was a child.

‚ÄúFor me, a bike is also a symbol of a long awaited gift,‚Äù he recalls. ‚ÄúThere was actually nothing in the shops ‚Äì and when my parents finally got a bike from somewhere it was spectacular.‚Äù

The fundraising effort is also valuable for the children ‚Äúbecause it is important to them that their fathers are remembered by their society,‚Äù adds Telipskyi.

‚ÄúAnd it‚Äôs not even just a gift, but it‚Äôs also for remembrance and respect.‚Äù

Last year, over 10 million kilometers were cycled, allowing 20 bicycles to be donated to Ukrainian children. They received the bicycles at an event in Lutsk (a city in northwestern Ukraine) on June 1, 2019 ‚Äì Children‚Äôs Day in both Poland and Ukraine. And, as for launch events in previous years, a giant symbol of a heart was created from recycled bicycle wheels on the pavement, to mark the occasion. 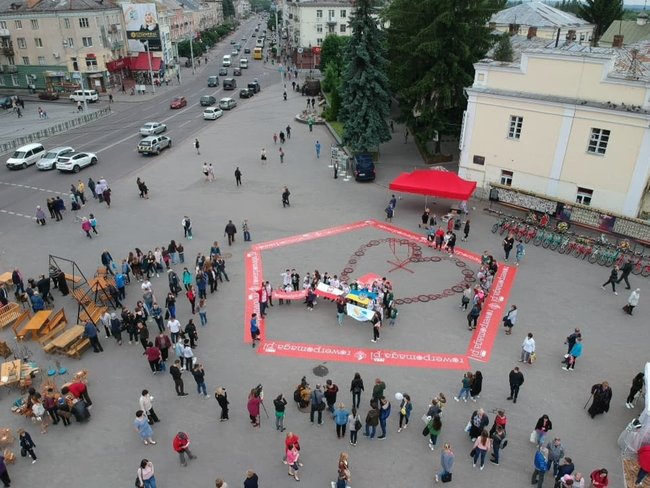 A giant symbol of a heart was created from recycled bicycle wheels on the pavement to mark the Children‚Äôs Day on June 1, 2019 in Lutsk, Ukraine. Photo: Wojciech Owczarz

For Owczarz, the tragic stories he heard during the event in Lutsk inspired the action to continue.

‚ÄúWhen you see the smile on the children‚Äôs faces and you know that they lost their fathers, it's just worth doing,‚Äù he says.

The second year of the campaign has got off to a great start, with around 6,000 bikers from across the world, including cyclists from Europe, the U.S,, Australia, Mexico, Thailand, and India, already involved. Though Owczarz admits finding volunteers can be a struggle at times, he emphasises that he really enjoys the campaign effort.

‚ÄúThis action is different from our everyday work in which we have various responsibilities, contracts and goals we must reach,‚Äù he explains. ‚ÄúHere, whatever works is great! There is no stress ‚Äì it‚Äôs fun.‚Äù

This year, one bicycle will be donated for every million kilometers reached. It‚Äôs a high target ‚Äì but Owczarz remains confident that the public will again come together to support the campaign. 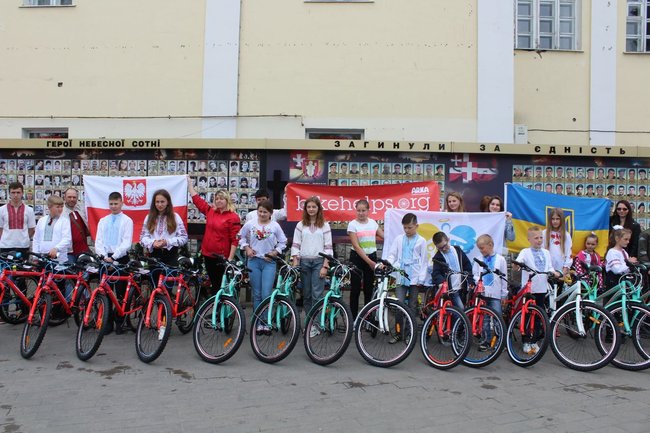 ‚ÄúIt's a great action,‚Äù he says. ‚ÄúWe ride bikes, take care of our health, of our planet and at the same time we help children... If we make a few children think more positively about the world and their Polish neighbors in these times of war that will be great enough ‚Äì or if these thousands of bikers all around the world recall just for a moment that they ride also for the Ukrainian children.‚Äù

‚ÄúThese are little deeds which make our life very important.‚Äù