Fundraising is suspended! The amount required to purchase orthoses has been collected! The rest of the funds will be spent on further rehabilitation and medical treatment for Kostya. We sincerely thank you for helping the boy!

The amount required to purchase orthoses has been collected! The rest of the funds will be spent on further rehabilitation and medical treatment for Kostya. We sincerely thank you for helping the boy!

Several weeks ago Kostya fell down. The leg was swollen and the temperature rose. During the dressing, my mother noticed that the rod that passes through the bone and fixes it rotates around its axis. Tightening the screws slightly improved the situation, but not for long. Therefore, it was decided to remove the device ahead of time.

The operation to remove the external fixation device was performed on October 1. Kostya's legs are now in plaster casts. Holes remained from the rods that passed through the bone. It takes time for a callus to form in this place. This is about a month and a half. And all this time there will be a danger of fracture of the hip joints. To avoid this, Kostya needs orthoses - special devices that will protect and hold the boy's legs in the correct position.

We bought medicines worth about 5,000 hryvnias, the parents spent the same amount on anesthesia and examinations. We do not yet know where to get another 10,000 hryvnia for orthoses. The difficulty is that they are needed urgently, and those that can be made free of charge by government support will be issued only after two months, when they are no longer needed.

Kostya has a genetic disease and so far science does not know how to get rid of the disease completely. But it is possible to improve the boy's condition, maintain the ability to walk independently and live without pain! You just need to lend a helping hand in time! 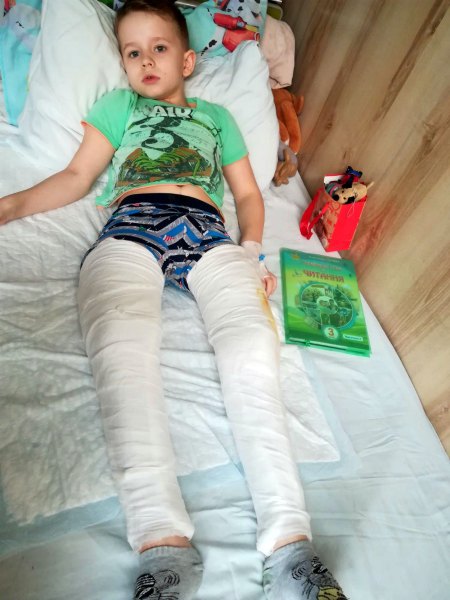 Kostya was born with a large wine stain along his entire right leg. Happy parents could not even think that this was the first harbinger of a serious illness. Two years later, another warning sign appeared - lameness and uncertainty in gait. After numerous examinations and consultations, the diagnosis was made - "shortening of the left limb by 1 centimeter." But the cause of this condition has never been identified. Only after genetic studies was an accurate diagnosis established, or rather, a whole list of genetic abnormalities. One of the most severe is Klippel-Trenone syndrome. The disease is rare and poorly understood, characterized by a congenital malformation of blood vessels. Over time, bones and skin are affected, hypertrophy appears - an overgrowth of soft tissues and bones. In Kostya's case, a right leg with a port-wine stain began to grow abnormally quickly. 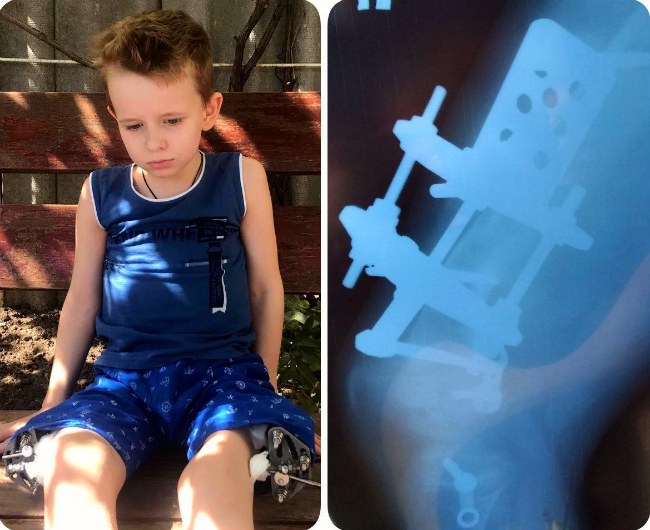 For two years Kostya was treated with physiotherapy and medications. But the condition worsened all the time: the deformation of the legs began in the knee and hip joints, the difference in length reached three centimeters.

In June of this year, Kostya underwent another surgery. An osteotomy of both femurs was performed and an external fixation device was installed, which must be removed at the end of October. All this time, the boy has been walking on crutches and because of this, he did not even go to school. 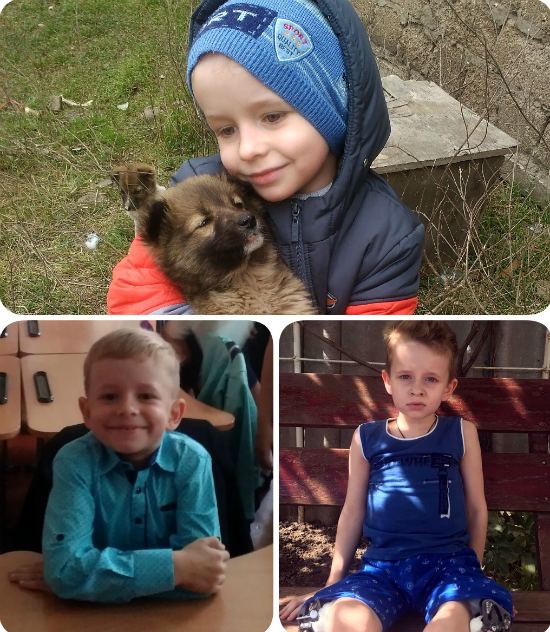 Until Kostya's growth stops, there will always be a threat of deformation of the lower extremities, and the right leg will tend to grow faster. Therefore, even the attending physician cannot say how many more operations are ahead. The reason for these deviations is a gene mutation that occurred in the early stages of development, and it is impossible to repair the broken gene. At the age of nine, Kostya does not understand such subtleties. He just wants to walk without limping and run without pain! She dreams of forgetting about crutches and scars from operations forever!

For the forthcoming operation to remove the external fixation device, only medications and anesthesia will cost about UAH 10,000. Let's help Kostya complete this stage of treatment and go to school as soon as possible with his friends, whom he misses very much!

For more information, you can also contact the staff of the Happy Child Foundation 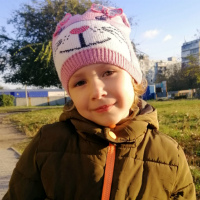