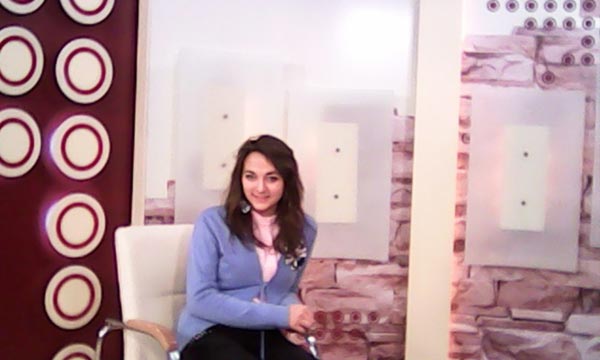 On January 23rd as part of a motivational "I Want to Be‚Ä¶" project fifteen orphans from Matveevka orphanage had a tour around a local Alex TV channel.

We were able to see the work of "Alex" from the inside as well as had an opportunity to talk with some of the employees of this channel. We learned a lot of interesting aspects of working on television. We were also told that even without some special education, everyone can become the employee of "Alex" if you have the desire and so-called "journalistic streak", which indicates the availability of employment opportunities on this channel.

We were given the opportunity to see one of the studios, where programs are recorded as well as live shows, which I think helped invited children to immerse themselves in the work environment of TV and Radio company.

We were able to get information on the work of not only journalists, but also on the work of operators, sound engineers, chief director and other staff. Thanks to the exciting "workshop" we now know a lot about work on television and in the media in general, and now we can evaluate the work of other channels better by looking at the "fruits" of their activities, for which we thank them.

With gratitude to the principal director Zoya Karpova and Dmitry Ivanov.

This publication related with such categories:
Publications made by Happy Child, Ukraine  Travel, hikes and camping trips with orphans  Matveevka orphanage publications  Project My future profession  Tourist events, organized by the Happy Child foundation  Excursions to the city and region