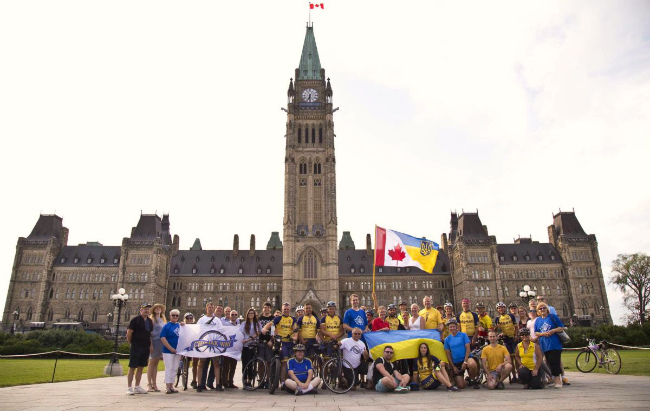 The cyclists biked across Canada and the U.S. this summer. Here they pose at parliament in Ottawa. (Photo contributed: Misha Lytvynyuk)

The team of 10 cycling enthusiasts and war veterans and called “Chumak Way – cycle U.S. & Canada for Peace” cycled 100-200 km per day from Pacific to Atlantic to raise awareness about the need for peace in Ukraine and to raise funds for the victims of war in Eastern Ukraine.

They passed through Vernon mid-June.

On Aug. 29, the team completed their 10,000 km transcontinental cycling tour across North America in 100 days.

Related: Minister hints at sending more help for Ukraine amid new of violence

The cyclists engaged people in their project by demonstrating innovative bike designs and tech made in Ukraine.

“We managed to cycle 10,000 km in 100 days across the U.S. and Canada. This effort helped us to raise over $10,000 USD for children orphaned through ongoing Russian aggression in Ukraine,” said Chumak Way team leader and Eastern Ukraine war veteran Kostiantyn Samchuk. “We are grateful to Canadians and Americans for their openness, generosity and for cycling within the name of peace.”

Funds raised by Chumak Way will be used to help build a new home for the family raising nine war orphans and to help the young son of Ukrainian war veteran.

Chumak Way cycling tour started in Los Angeles on May 23 and went through over 400 cities and towns of North America ending on Aug. 29 in Washington D.C. During the tour, the cyclists met with many activists, community leaders, civil society organizations, politicians, and other cyclists along the way.

“They are going around Canada and the U.S. to thank the governments for their support with their army from initiatives to training their personnel over there,” said Andrea Malysh, Program Manager for the Canadian First World War Internment Recognition Fund in Vernon. “They are raising money for the veterans, for the orphans and widows. We have over a million and a half displaced people so that’s their purpose in raising the money.”

Chumak Way cycling tour is organized by non-profit Proidysvit.org led by Kostiantyn Samchuk in cooperation with the Ministry of Foreign Affairs of Ukraine, local Ukrainian community organizations, parishes and individuals.

Related: Bread of Life bakery in Ukraine is bringing hope to war-torn country

Related: Bread of Life bakery in Ukraine is bringing hope to war-torn country 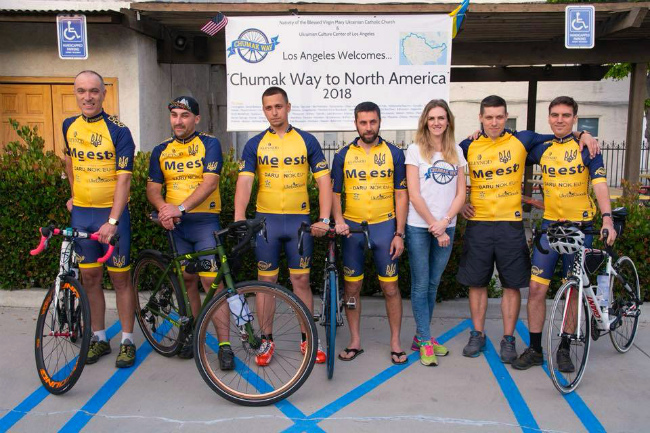 The team started the tour in L.A. (Photo contributed) 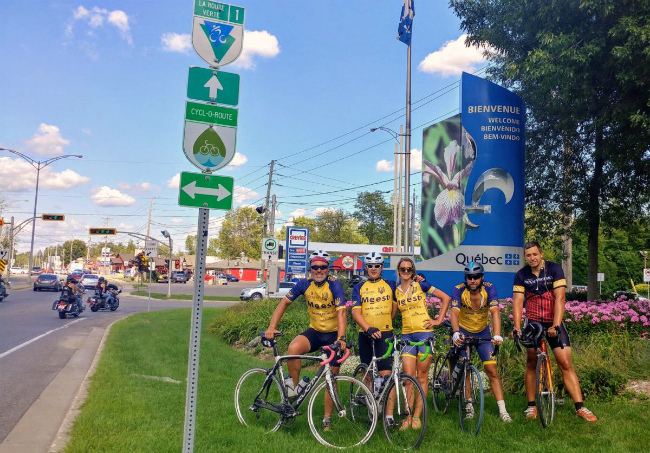 This publication related with such categories:
Charity  Publication from mass-media and TV