A six year-old girl rescued from a Ukrainian orphanage by an American couple has died of coronavirus.

Gigi Morse was killed by Covid-19 in Madison County, Tennessee, on Tuesday, three years after she was rescued from a home for unwanted children in Eastern Europe. 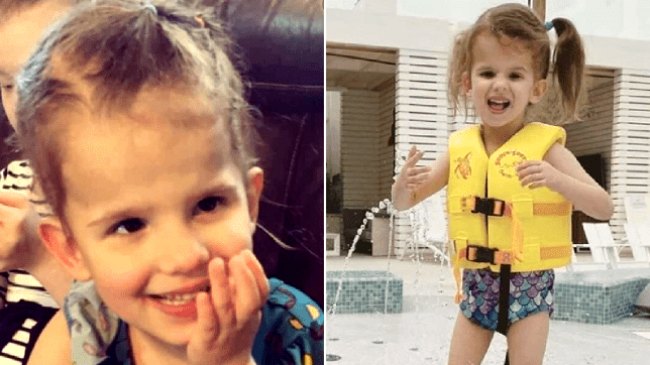 Six year-old Gigi Morse has been killed by coronavirus three years after she was adopted from a Ukrainian orphanage and taken to Tennessee by David and Priscilla Morse (Pictures: GoFundMe/Facebook)

Gigi, who suffered from conditions including autism and epilepsy, began to feel ill last week, with a doctor diagnosing a viral bug. Her mom Priscilla Morse blogged: ‘The doctor said she had a viral bug and to let her rest and eat as many popsicles and slushies as she wanted. ‘She went to sleep and died and I don’t even want to breathe without her anymore.’ Gigi’s dad David added: ‘She had such a rough start to her short life, living unloved, unwanted in an orphanage in Ukraine. Severe medical issues. We found her and knew immediately that she had to be our daughter.

‘We brought her home and showed her a love like no other.’ Gigi never woke up from her nap on Tuesday, with her eldest sibling’s attempts to revive the youngster with CPR proving unsuccessful. She is the first child to die of coronavirus in her home county, the Jackson Sun reported. While the disease is generally far more dangerous for older adults, it can also cause serious complications and death for children living with underlying health conditions. David Morse said his daughter had ‘learned her own version of English’ that he and Priscilla could understand perfectly. He paid tribute to Gigi’s love of Disney songs, nursery rhymes, her tuneful singing voice and affectionate behavior that saw her always ask for ‘more’ kisses. The stricken dad added: ‘I got to kiss my Gigi yesterday on the last time I would see her alive and we did the ‘more.’ I just love her so much. We are all so devastated. ‘She now walks with Jesus. No more epilepsy, no more autism. She is my heart.’ The United States has seen more than 4.9million coronavirus diagnoses, and 160,000 deaths.

This publication related with such categories:
Publications made by Happy Child, Ukraine  Sick children of Ukraine  Articles about children with special needs  News about international adoption in Ukraine  Adoption orphans from Ukraine