Gazing at the wonders of the nature awakening and bloom every spring is indeed one of the most amusing and pleasant moments that became the presents of this life. In spring of 2007 we organized several hikes to the Khortitsa island and to the bay of Dnepr river 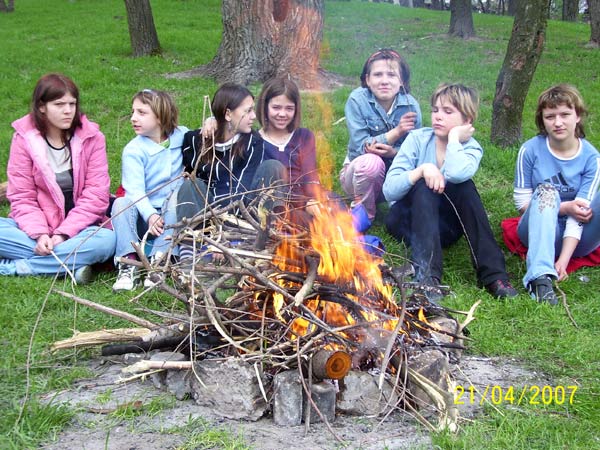 Can you think of something better than spring time? One of the most wonderful moments that were given to us in this life is simply watching the nature awake and bloom every spring. When we gaze at the wonder of the spring surrounding, our best feelings, the very best feelings, start to awake and remind us of the ideal state of the whole world, to which every of us tends. All this magnificence gives birth to the light-hearted joy in our soul and lets us reject all the unimportant things in life as well as makes us perform the deeds that are more important. I sincerely believe that everyone should experience such feelings in the childhood.

And I would like to make so, that the kids that have no parents would also be able to enjoy the beauty of the spring nature. Unfortunately, Zaporozhye Orphanage #3 is situated in a very environmentally unfriendly place. Because of the huge industrial factories that pollute the air, because of the highway that is situated just under the windows of the bedroom block of the orphanage, because of the rattling tramway 150 foster children of the orphanage are deprived of the joy to stay in touch with pure nature.

In spring of 2007 we decided to organize several hikes to Khortitsa island for the kids and to the shore of the bay of Dnepr that is situated nearby the orphanage.

On the 21 of March before having rest at the shore of the bay we decided to make the sabbatarian (the volunteer clean-up). There were bottles and garbage all over the shore and planting. To our amusement, it wasn’t difficult to get 35 children do the cleaning. They were diligently performing the cleaning, because they understood that after a while it would be much more pleasant for them to have rest at the place. The dwellers of the neighboring houses and the passers-by were quite surprised by this event. It turned so that those who live here do not have the best opinion of the orphan children, but now they saw them cleaning the ownerless territory pro bono. In half an hour the place for our picnic was absolutely clean, and the shores of the bay now reminded the English golf-links. After completing the work now we could start a fire and have some rest.

Some children were playing volleyball and football, others were just sitting and chatting with friends. Some kids from the group decided to have a half-hour walk with us at the shores of the bay. It was very interesting indeed there! The kids were just deluging us with questions. The half- rough-rotten-cull tree was especially interesting – it was falling into thin pieces; also we noticed the tree, the rind of which was browsed by some unknown animal up to the height of 5 meters (16,40 feet). That’s how the simple walk and attempt to answer all of the unknown questions can be a motive to the world perception. Crossing the river over a self-made bridge of branches and automobile tires became a real adventure for the children.

We returned to the camp being little tired, and with the real joy kids began roasting the sausages and potatoes on fire. Sadly, there wasn’t too nice communication among the children – I suppose there were too many kids there and their age distinctions were too considerable. But during the walk the children become more easy-going and one can talk about different things with them, while at the orphanage the same kids may be self-contained. But I can say for sure, that at the nature not only the youth, but also the adults become more outer-directed and kind towards each other. 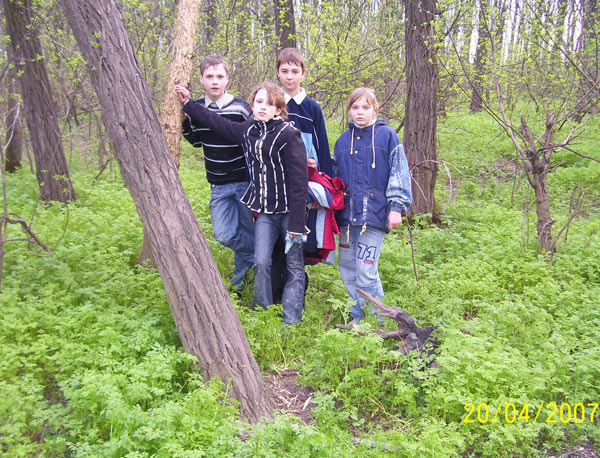 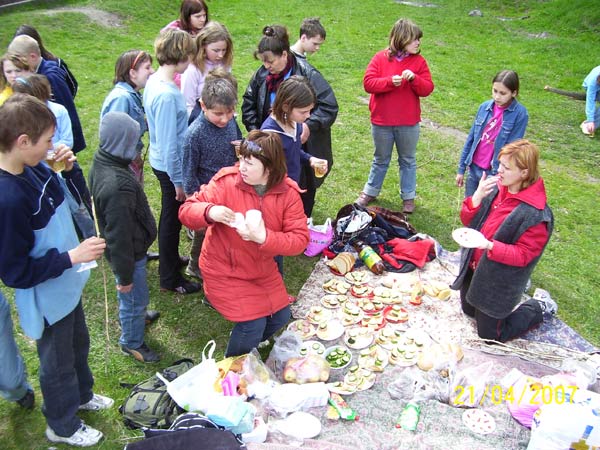 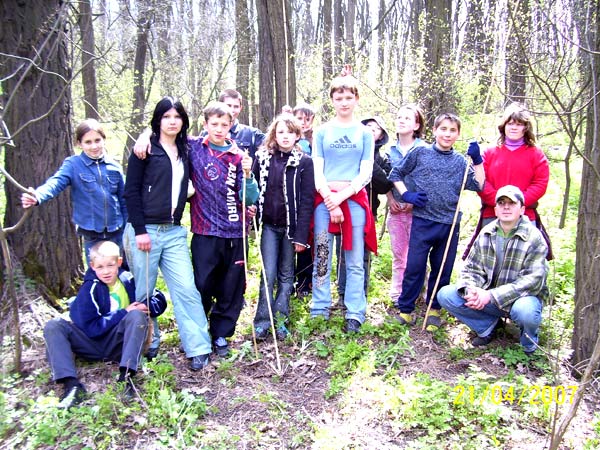 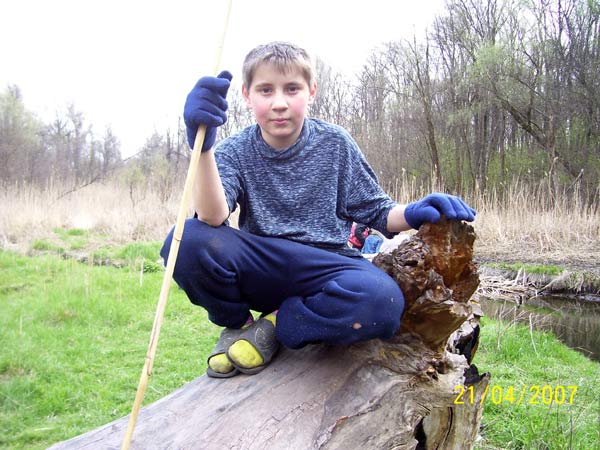 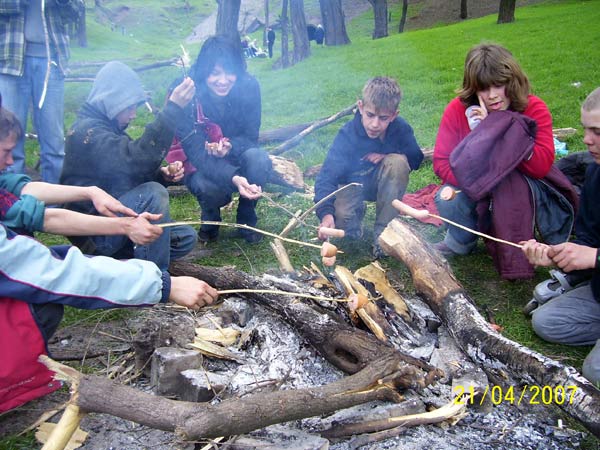 In May we arranged 2 more hikes, this time to the well-known Khortitsa island. Surprisingly this heaven down on earth is situated in the district of industrial Zaporozhye. This time we took only 10 kids with us, mostly from the 6th form. Well, I suppose that there is no need to describe the further events of the hike – just have a look at the photos. 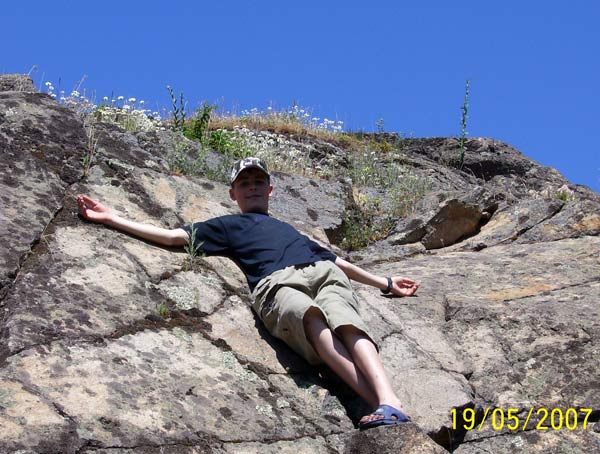 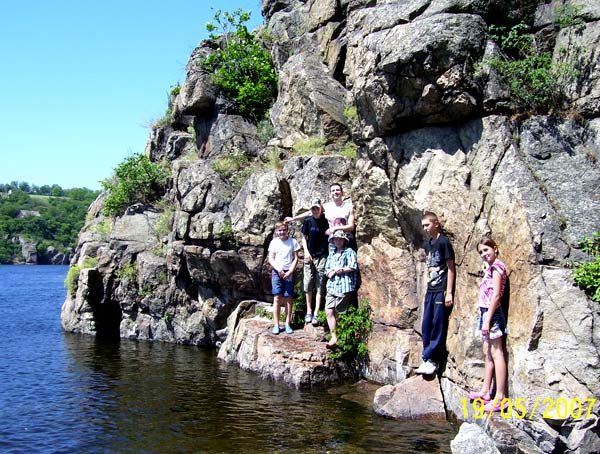 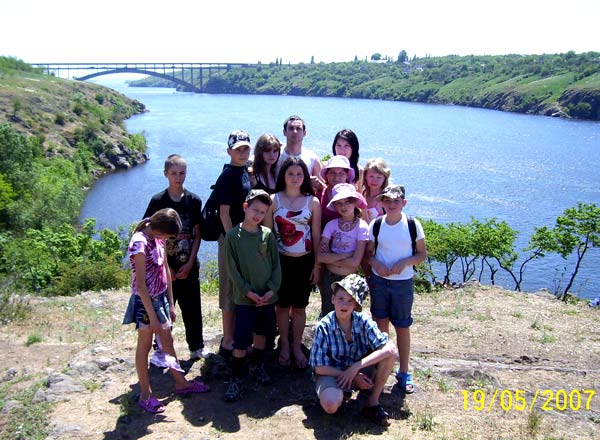 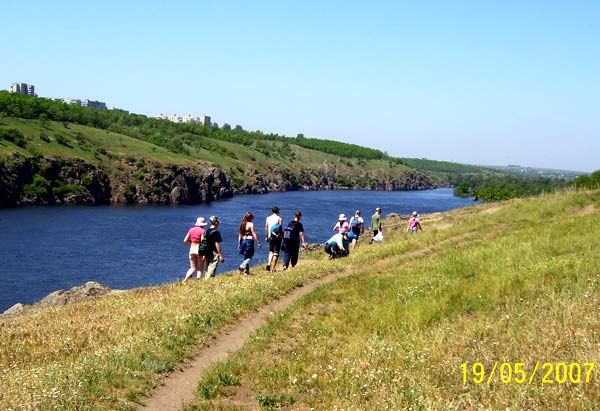 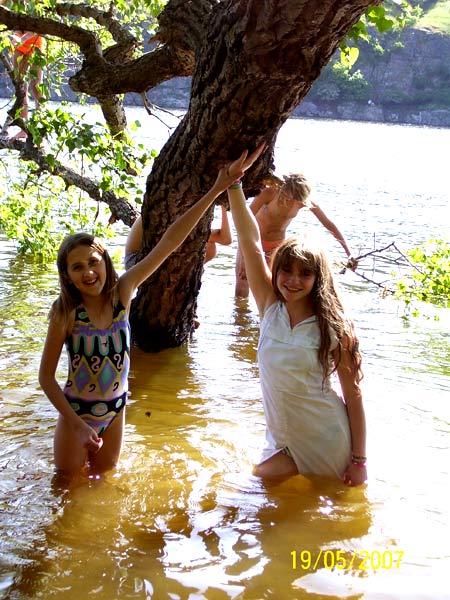