Arthur urgently needs to procure medications and go through rehabilitation 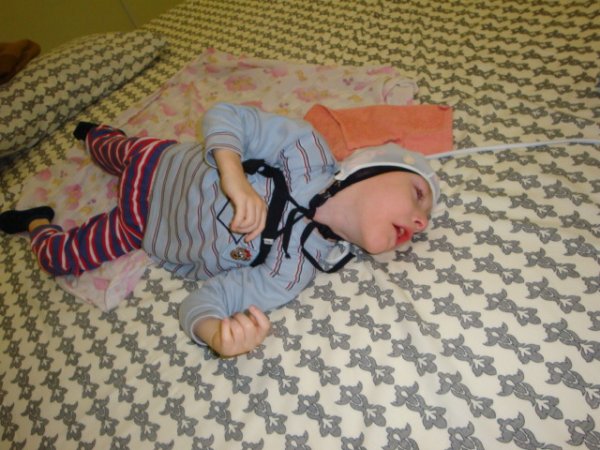 One more winter has passed in the life of our little hero Arthur Kerimovа, and we can say that he has coped with all the things which were planned for this period. In late December, Arthur went through integrated diagnostics in Kharkov Specialized Medical and Genetic Center. The diagnostic results showed that the boy has got no serious genetic issues. It means that there are chances for his development. Yes, there is metabolic disorder, which is to be treated, there are elevated levels of homocysteine and there is dysbacteriosis caused by the regular use of a number of medical drugs. But all those conditions are controllable and treatable. The boy has already received two treatment courses prescribed by the Kharkov Center, now he started the third course and then he will have the fourth course, followed by control tests. But we can already say that there is a certain result – the boy’s immune system has strengthened, which allowed him to avoid winter viral infections. Unfortunately, there is a total “catastrophe” with dystonic attacks or storms. It is heartbreaking to watch the kid suffering but so far nothing helps to stop the attacks. So in January the family went to Bila Tserkva for night video monitoring to make corrections of the anticonvulsant therapy and define further steps. Arthur bravely spent 10 hours without his Mommy’s arms with electrodes connected to his head which were recording the attacks.

There were not so many attacks, so the family had to wait for the video monitoring results. They received the doctor’s opinion in February. All the doctors’ opinions may be found in the medical certificates. I do not know if we should be happy or worried, but there is a chance to stop the attacks. Unfortunately, it will require a brain surgery (to remove the damaged area of the brain, which inhibits the brain, does not allow it to develop, and sends the attacks on a regular basis). So far, Arthur has started medication treatment. He started to take medications on 23 February, as soon as we got our medical certificates. We are aiming to increase the dosage of Sabril. In the first three days, there was a considerable improvement in Arthur’s state, the dystonic attacks were significantly reduced, and he could even take a nap in the daytime. I was full of joy. But it did not last long. Starting from the fourth day, the attacks started coming back, accompanied by a side effect of the drug: loss of appetite. It has always been not easy to feed the boy, and now it is really hard. He clenches his teeth and keeps looking at me. I have to spend about 40 minutes to feed him as my little boy does not know how much things his mommy has to do. I feel that we will not get by with Sabril only and will have to take Zonegram at the same time (we will also have to look for this drug in Europe). Besides, we have to look for clinics in Europe which will take our boy for treatment because he will have to go through the surgery anyway. The task to stop the attacks is quite difficult. It is unbearable to see our sweet boy suffering and hard to imagine what is going on in his head. 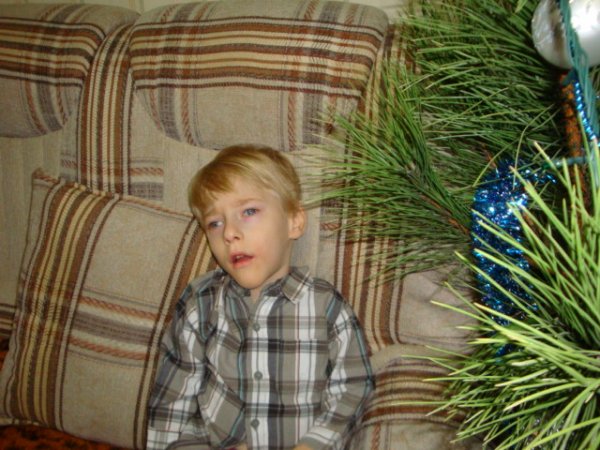 But we are strong and we will fight till the end. Our boy will be an example both for children and adults. An example of how to make progress. On 7 March, we started one more course of rehabilitation. Our Arthur needs to make small steps in his development.

I have repeatedly written and will go on writing that we are strong because we believe in our son, we believe in the wisdom of doctors and we believe in good people who help us to move up our way though it is difficult. THANK YOU all so much.

We have to deal with financial issues all the time. Now we have to URGENTLY procure a number of drugs.

This publication related with such categories:
Sick children of Ukraine    Ukraine  News about Artur Kerimov  Publications made by Happy Child, Ukraine  Publications with video