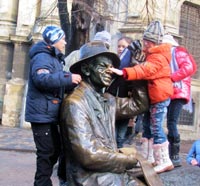 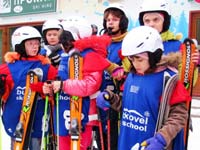 Several photographs from the Zaporozhye little Cossacks’ trip to Bukovel 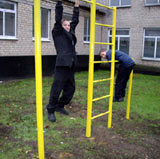 Owing to the donation of Julia K. gymnastic parallel bars, horizontal bars, swing & bench were installed in the yard of Chernigovka boarding school 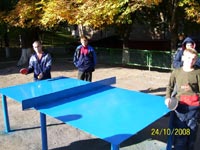 In October and November, 2008, "Happy child" fund have been set several tennis tables in various orphanages of Zaporozhye region. We are glad to inform the readers of our site about the first results of tennis table setting program in the yards of the orp 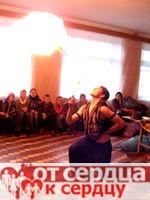 Photo reporting: "From Heart to Heart-4" - charity trip to Molochansk and Chernigovka orphanages of Zaporozhye region 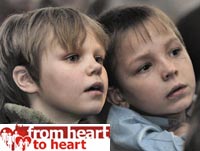 A photoreport: “From Heart to Heart – 2”: a trip to the rural orphanages of Zaporozhye region

Having see so many manifestations of evil, you want to do more good. We have all understood how trifle our everyday problems are. These children helped us see what is the most important and what is less important in our lives