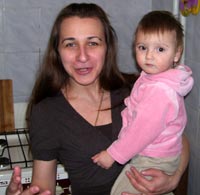 In the Beginning There Was Love

We found the parents for this cute girl without even seeing them. We were informed about the tight situation of little Diana and let our colleagues know this. Now Diana lives with her new parents

The Parents “Bought” Nine Brothers and Sisters for Their Daughter

Under the roof of the family home

There are about 8 million 80 thousand children in Ukraine. 98 thousand of them are orphans and children without parental care. Only the third part of these children can be adopted

«Profile» edition: You won’t ever be found

Experts who couldn’t help rejoicing over reduction of the number of orphans in the country not long ago are alarmed now. Ukraine is said to be cutting down adoption programs in all regions. The number of children becoming “artificial” orphans is growing 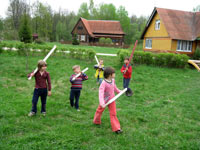 In Zaporozhye Oblast, charity fund "Happy Child" is taking the initiative to develop a small village community of foster families where children and parents will live in harmony with nature

By the year 2015, Ukraine will be a country without orphans, according to the vision of a newly established alliance known as Ukraine Without Orphans

Child from Ukraine with Down Syndrome was adopted by Greer family. Here is the article about it 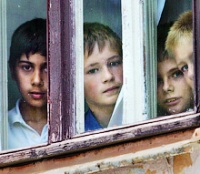 Author of the article try to generalize situation with deinstitutionalization in our country, though according the most optimistic projections, this process, that just beginning to develop in Ukraine, will not be over until 2017