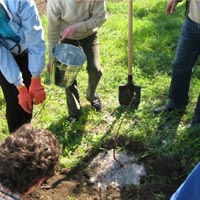 On Saturday, April 27, a cleaning day was held in Kalinovka as part of a near-established routine of landscaping of the orphanage grounds 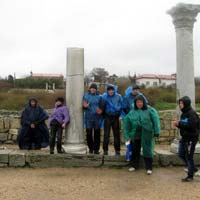 Sixteen children from Melitopol orphanage, Zaporozhye Children’s Home and a large family arrived to Crimea in the morning of March 23rd 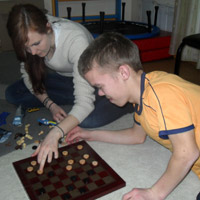 Highlight of the month was a visit by two policemen from England who kindly supported our second adaptation group project. They also spent two days entertaining the children as well as teaching them English! 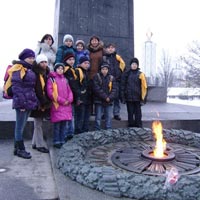 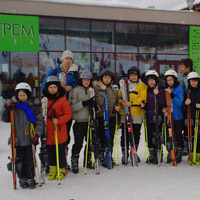 From 16th to 22nd of February 11 children from foster, large and rural families of the Zaporozhye region visited Bukovel ski resort 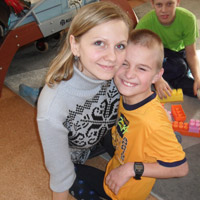 During February 2013 construction works on the second Happy Home have been renewed. In the meantime bead craft is getting more popular: one more group of children have become involved in making beautiful bead decorations 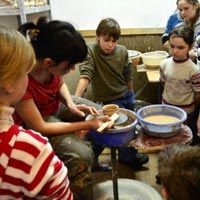 A Wonderful Day off with Our Kids

Eight children from large families spent a day off together with us in the city of Dnepropetrovsk. Such trips can work real miracles: they show the value of friendship and reveal the best character traits 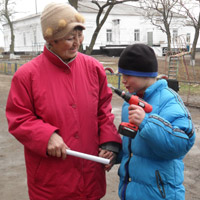 In January volunteers from Zaporizhzhia and Energodar lightened up the life of little orphans in Kalinovka with such presents as beads, fruit, and toys, as well as warm attention and unforgettable communication 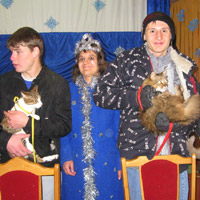 On Saturday boys from the Children’s home had very special guests – three trained cats named Basel, Max, and Loretta. What was the other surprise waiting for the children on that cold winter day? 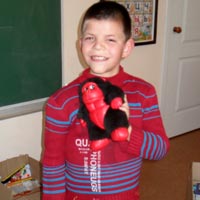 December in Kalinovka was a month of non-stop present-giving, visits and achievements 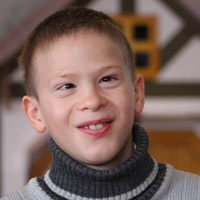